Cabinet Could Delay Teck Decision, as Company Says Mega-Mine May Never Be Built 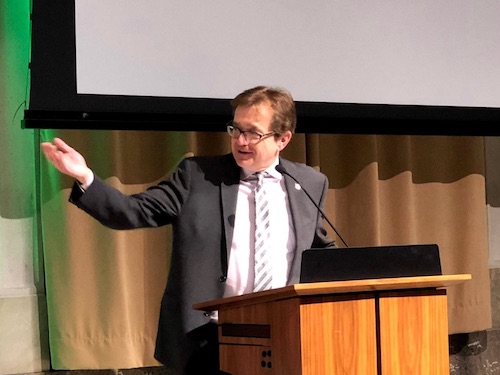 Maneuvering around Teck Resources’ controversial Frontier tar sands/oil sands proposal is heating up, with Environment and Climate Minister Jonathan Wilkinson saying Cabinet review of the project may be delayed, while Teck CEO Don Lindsay says it’s “anyone’s guess” whether his company will build the C$20.6-billion project if it’s approved.

Meanwhile, Alberta Premier Jason Kenney is trying to make the Cabinet decision a test of whether the Trudeau government plans to shut down his province’s tar sands/oil sands industry.

In its coverage of Wilkinson’s statement, Reuters lays out the politics behind the decision. “If the minority Liberal government of Prime Minister Justin Trudeau says yes, it would call into question his promise to reduce greenhouse gas emissions to net zero by 2050,” the news agency notes. “But saying no could infuriate Alberta, already angry over what local politicians claim is Ottawa’s bias against the energy industry.”

A separate Canadian Press report has Wilkinson saying the Cabinet decision “will take into consideration what the province is doing to help Canada meet its climate goals.”

In Banff, meanwhile, Teck’s Don Lindsay admitted his company might not even build the Frontier mine if it were given permission to do so. That might mean Lindsay is reading analysis pointing to a “weak financial case” for the project.

“We’ll see what the Cabinet does,” he said, during a CIBC investment conference Wednesday. “We’ve told the government that for it to be developed, we need three P’s: The first is the pipeline has to be finished, not just started, finished. We need a partner. We need price.”

The last of those three has been getting a lot of attention.

“Critics have pointed out that the mine designed to produce 260,000 barrels of oil a day for more than 40 years won’t be profitable unless North American oil prices are above US$75 a barrel, which is more than US$20 higher than current prices,” National NewsWatch notes. “A federal-provincial review last summer determined that the mine would be in the public interest, even though it would be likely to harm the environment and the land, resources, and culture of Indigenous people.”

Kenney, meanwhile, is pushing Ottawa to “swiftly” approve the project, claiming there’s no reason not to. “Their current deadline is the end of February for a decision,” he said. “I’ve been very clear to the prime minister…if they say no to this project, then they are signalling his earlier statement that he wants to phase out the oilsands.”

Greenpeace Canada Senior Energy Strategist Keith Stewart said the Trudeau government “needs to show us how they will support the workers and communities currently dependent on oil as we meet the 2050 deadline for a fossil fuel-free economy, not approve a massive new oil sands mine to operate until 2067.”