Shunning Big Banks Could Change the Game for Climate Action 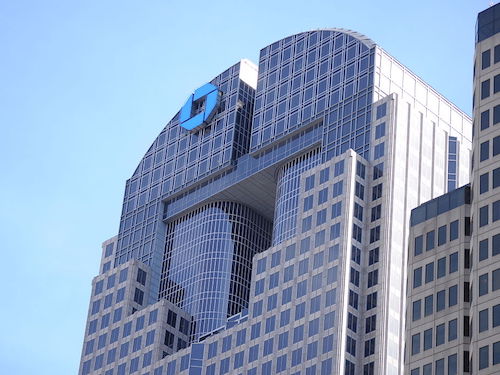 As the window for addressing the climate crisis narrows, Americans must stop parking their money in banks that prop up fossil fuels, 350.org co-founder Bill McKibben and Hip Hop Caucus President Lennox Yearwood argue in a recent opinion piece for the New York Times.

McKibben and Yearwood urge their fellow citizens to boycott banks such as Wells Fargo, Citibank, Bank of America, and, above all, JPMorgan Chase.

“Understand that the money inside the vaults of banks like Chase is driving the climate crisis,” they write, on behalf of the Stop the Money Pipeline coalition. “Cutting off that flow of cash may be the single quickest step we can take to rein in the fossil fuel industry and slow the rapid warming of the Earth.”

In the years since 2016, Wells Fargo, Citibank, and Bank of America have lent fossils US$151 billion, US$129 billion, and US$106 billion, respectively, according to Banking on Climate Change, a 2019 fossil fuel finance report card recently released by a group of environmental organizations. Leading the pack, however, is JPMorgan Chase, with more than US$195 billion in oil and gas loans over the three-year span.

And Chase has funded “the very worst projects—projects that expand the reach of fossil fuel infrastructure and lock in our dependence on fossil fuels for decades to come,” McKibben and Yearwood add.

One those projects is the Line 3 pipeline replacement, which will see construction of 337 miles of oil pipeline in Minnesota if it receives final approval. The project, with its associated spill risks, will “endanger the wild rice crops harvested for at least 500 years by the people native to the upper Midwest,” they write, while the 760,000 barrels of crude oil it carries each day will contribute to global warming.

“The victims of climate change are primarily people who have done little to cause the crisis,” add Yearwood and McKibben, adding that a senior scientist with the World Health Organization recently characterized climate change as “potentially the greatest risk to human health in the 21st century”.

And while political engagement—namely, booting U.S. climate deniers out of elected office this fall—is a critical part of that task, voting action does not go far enough.

“Even if the most environmental candidates win, it’s hard to imagine that they’ll be able to move our country at the pace science requires,” Yearwood and McKibben write. That leaves fossil-friendly banks as an effective focus for opposition and action. If public pressure can push “just one” to divest from Big Oil, “the ripple effects would be both swift and global”.

That impact “would echo around the world in hours, and there would be nothing the Trumps or Putins or Bolsonaros of the world could do to stop it,” they state.