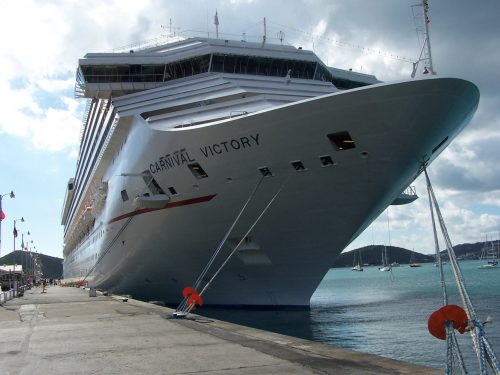 The methane routinely released by container and cruise ships operating on liquefied natural gas (LNG) makes them a bigger climate threat than the heavy fuel oil vessels they’re increasingly replacing, according to a bombshell working paper released yesterday by the International Council on Clean Transportation and STAND.earth.

The report concludes that the most popular among the new generation of LNG Marine engines “is also the leakiest,” ICCT reports, producing 70 to 82% more carbon and methane pollution than the least-polluting traditional fuel. While LNG produces fewer immediate emissions than the alternatives when it’s burned onboard a ship, its impact is multiplied when a life cycle analysis factors in the methane released through hydraulic fracturing, or fracking, as well as “methane slip” during routine ship operations.

While the LNG vessels emit about 25% less carbon dioxide per unit of propulsion power, “LNG is mostly methane, a potent greenhouse gas (GHG) that traps 86 times more heat in the atmosphere than the same amount of CO2 over a 20-year time period,” the Council explains. That two-decade frame “reflects the need to reduce GHGs quickly, in order to meet the International Maritime Organization’s (IMO) climate goals, and the results show that when combined with a trend toward higher leakage, there is no climate benefit from using LNG, regardless of the engine technology.”

“This groundbreaking new analysis is a damning climate indictment of LNG as marine fuel,” said Stand Senior Shipping Campaigner Kendra Ulrich. “For a sector that is already one of the largest contributors of global greenhouse gas emissions, this report reveals that switching ships to LNG is worse than doing nothing. This should serve as an alarming wake-up call for the International Maritime Organization, which must act now to ensure it includes all greenhouse gas emissions in its emissions reduction strategy.”

The Carnival cruise line’s plan to add LNG ships to its giant global fleet “is like jumping out of the oil pot and into the climate-fuelled fire,” Ulrich added. “If Carnival wants to be an environmental leader, it must switch to the cleanest fuel available—marine gas oil—and put its investment dollars toward truly zero-emissions technologies,” rather than powering its current ships with oil refinery waste and staking its future on LNG.

“If we fail to include all GHGs and focus only on CO2, we might end up with a large number of ships fulfilling all efficiency requirements, but where the GHG savings are on paper only,” warned Dr. Elizabeth Lindstad, Chief Scientist at Norway’s SINTEF Ocean.