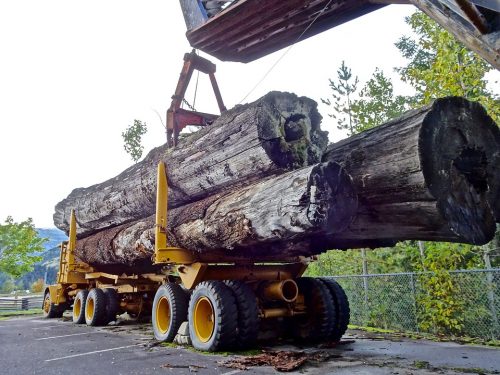 Obedient to Donald Trump’s inclination to prioritize industry over the public interest, political appointees in the U.S. Department of the Interior manipulated wildfire emissions data into a narrative that presented more logging—rather than climate action—as the best way to prevent future fires.

A series of emails between forest science experts and former petroleum geologist James Reilly, now director of the U.S. Geological Survey (USGS), “show officials seeking to estimate the carbon emissions from devastating 2018 fires in California so they could compare them to the carbon footprint of the state’s electricity sector and then publish statements encouraging cutting down trees,” reports the Guardian.

Particularly egregious, notes the report, was Reilly’s use of the phrase “gin up”—suggesting that a degree of dishonesty will be needed to achieve the objective in question.

According to scientists who reviewed the exchanges, “at best Reilly used unfortunate language and the department cherry-picked data to help achieve their pro-industry policy goals,” The Guardian writes. “At worst, he and others exploited a disaster and manipulated the data.”

A USGS spokesperson said the agency “stands by the integrity of its science,” adding that Reilly’s intent was merely to encourage the experts to provide the calculations quickly and in plain language.

Asked about the integrity of the numbers ultimately “ginned up” for Reilly, Chad Hanson, a California-based forest ecologist, told the Guardian the “carbon emissions numbers generated by USGS and released to the public were an ‘overestimate’ that ‘can’t be squared with empirical data’ from field studies of post-wildfire burn sites in California.” Citing Hanson, the paper adds that “‘the effect of logging on fires is highly variable,’ depending on how it is done and the weather conditions.”

But that kind of nuance was lost on Trump, who, “not long after the Interior Department came up with its carbon emission estimates from the 2018 California wildfires…issued an executive order instructing federal land managers to significantly increase the amount of timber they harvest,” the Guardian writes.

“Trump has also tweeted multiple times about wildfires, saying they are caused by bad land management or environmental laws that make water unavailable,” the report adds. Fire ecology scientists, however, say that “it is climate that is responsible for the size and severity of these fires.”

The Guardian says the emails add to a disturbing narrative playing out in agencies across the U.S., in which former lobbyists, appointed into top positions, are “working closely with major industries to ease pollution, public health, and safety regulations.”