Wildfire risk can be reduced with agroforestry 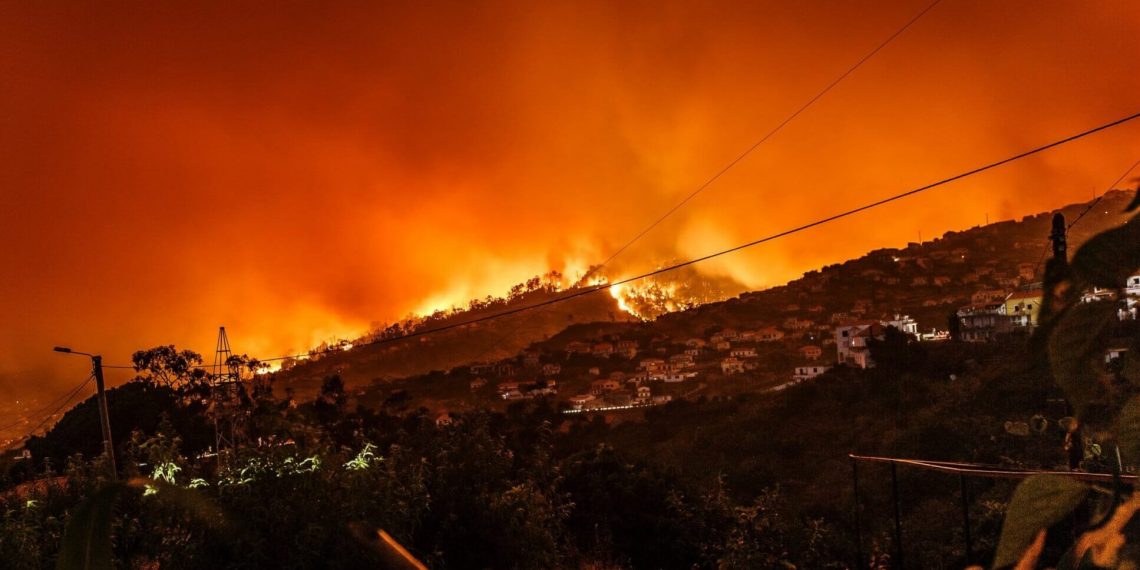 As Australia struggles to recover from months of wildfires, farmers and foresters say agroforestry could help to protect the country.

LONDON, 28 January, 2020 – Researchers in Europe have found that simply adopting a way of managing land to support animals, crops and trees – a system known as agroforestry – can help significantly to cut the risk of wildfires breaking out in areas around the Mediterranean.

As uncontrolled wildfires threaten natural vegetation, biodiversity, communities and economies – and lives – and release large amounts of carbon dioxide, contributing to global temperature rise, the pressure to find ways of controlling them is urgent.

Studying ten years’ worth of data, the researchers analysed the relationship between the incidence of fire and several different uses of land (for agroforestry, forests, shrublands and grasslands). Agroforestry, occupying 12% of the land area, was linked to just 6% of the fires, while shrubland, which occupied 16%, suffered from 41% of the fires (these figures are based on two European Union documents – LUCAS, its Land use and land cover survey, and the European Forest Fire Information System, EFFIS, 2008-17.

Paul Burgess, reader in crop ecology and management at Cranfield University, UK, said: “Areas of shrubland were at particular risk of wildfire – where the land is not proactively managed or used, there is a build-up of dry vegetation and shrubs creating fuel.

“Agroforestry is shown to reduce wildfire risk by encouraging rural employment and removing part of the dry ground-level vegetation through livestock grazing. Taking into account the effect of climate change in this region, it is a land management option that can successfully reduce fires, protect the environment and improve human well-being.”

Combining livestock and trees on agroforestry land can create habitats rich in a variety of species that provide an annual income for farmers through livestock products. For clearing vegetation, agroforestry uses less machinery and fossil fuel.

Dr Burgess, who is secretary of the Farm Woodland Forum, told the Climate News Network that agroforestry could help countries like Australia and Portugal to cut the extreme fire risk they have been facing.

He said: “Compared with unmanaged shrubland areas, agroforestry can provide three benefits. Firstly, it encourages local employment and management on the ground which can allow for more rapid initial responses. Then, in most agroforestry systems, the understorey, the vegetation between the forest canopy and the floor, is managed, and this reduces the store of fuel. Third, in many agroforestry systems there are breaks between the trees, which can also help to limit fire spread.”

“Agroforestry is a land management option that can successfully reduce fires, protect the environment and improve human well-being”

The proportion of burnt land in the area studied by the team over 10 years ranged from 0.1% of the area of France to 1-2% of the area of Greece, Cyprus, Italy and Spain, and to 14% of the area of Portugal. The researchers report their study in the journal Agroforestry Systems.

Land abandonment is an important element in the risk of wildfires. In many parts of the Mediterranean, an ageing population and the end of traditional farming and forestry activity have led to extensive unmanaged lands.

This results in an increase in decayed biomass, plant material which readily serves as fuel in shrublands that can be easily ignited by natural events such as thunderstorms, or by human activity.

Other suggestions for reducing wildfires include using sunlight to replace fossil fuel-derived kerosene with a synthetic version, and cutting fossil fuel reliance through wide use of new generation batteries. – Climate News Network

Does Climate Crisis Call for Rationing?