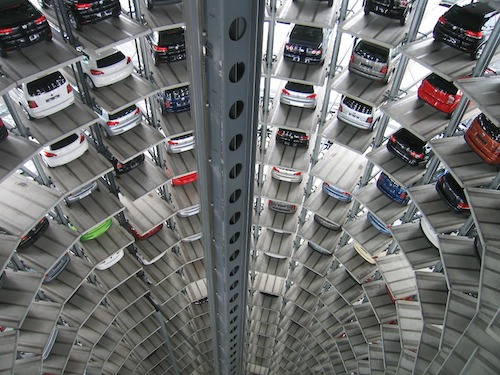 A record-setting C$196.5-million fine levied against Volkswagen after it pleaded guilty to dozens of charges in the epic Dieselgate scandal, heralds a “new era of environmental protection,” according to judge who heard the case.

Judge Enzo Rondinelli set the fine “hours after the automaker formally pleaded guilty to all 60 charges it was facing, including admitting—among other acts—to secretly importing cars that violated polluting standards,” The Canadian Press reports. While the fine fell short of the maximum $265 million the company could have faced, “prosecutors said the penalty is more than 20 times higher than Canada’s previous record environmental fine, a contention Rondinelli supported.”

“The proposed fine here indicates that a new era of environmental protection is upon us,” he said in his decision. The total penalty “would be the biggest fine imposed in Canada for an environmental infraction, by a wide margin.”

In an agreed statement of facts, the company admitted to importing 128,000 VWs and Audis and 2,000 Porsches that violated Canadian emission control standards. The Crown and VW’s lawyers also jointly recommended the $196.5-million penalty. “The money paid by Volkswagen would go to the Environmental Damages Fund, and both parties suggested distributing it to the provinces and territories based on how many affected vehicles were sold in each jurisdiction,” CP says.

The joint statement of facts also pointed to the German automaker’s efforts to make up for its past performance.

The company “has devoted significant resources to, and undertaken extensive measures for, the remediation of the subject vehicles,” said prosecutor Tom Lemon, reading from the statement in court. “VW settled Canadian consumer claims by providing compensation and benefits for emissions modification and buyback options to remediate the subject vehicles…or remove them from the road.” The total value of the settlement offer, which closed last August 31, could have hit a maximum of $2.39 billion.

Despite the pricey resolution, “the company refused to admit any actual human or environmental harm caused by its pollution, saying only that the scheme had the potential to cause harm,” CP adds. The story traces a continuing squabble over the admissibility of victim or community impact statements in the court process, with Rondinelli concluding Wednesday that “we are at a sentencing hearing, not a trial”.

2020 starts with the plain prospect of rising heat