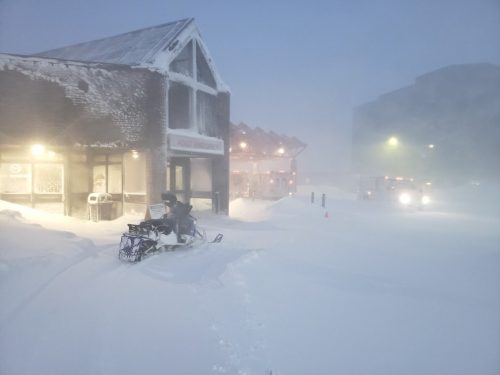 From an epic snowstorm blanketing Newfoundland to devastating bushfires and flash floods in Australia, climate change is the common thread that is turning the exceptional into the “new normal”, a Calgary-based climatologist told CBC News this week.

“If you see what’s going on in Newfoundland right now and hear some of the stories, a lot of people don’t have this in living memory,” said University of Calgary climatologist Shawn Marshall. “It comes down to statistical distributions. If you picture a normal curve where you have extreme minima and maxima on either end, climate change shifts that whole distribution, and that changes the frequencies.”

Marshall speculated that a change in perspective on climate disasters might ultimately be driven by their economic impact. “The costs associated with that could hammer us, could cripple us pretty hard,” he  said. “This is what the future looks like, more and more commonly. That’s very disruptive, very expensive. What used to be exceptional is becoming normalized. It’s not necessarily going to be easy for us.”

Israel Dunmade, an associate professor in Mount Royal University’s earth and environmental sciences department, reminded CBC of the distinction between climate and weather. However, “over a long period of time, we are seeing from anthropogenic activities, our economic activities, an increase in ambient temperature,” he said. “Over the years, as a result of that increasing temperature, it has led to the current climate change,” with drier conditions making wildfires more frequent and intense, and shifting wind patterns contributing to drought in some areas [and, he might have added, flooding and severe storms elsewhere].

“It’s pretty hard to always attribute severe weather to climate change, but there is no question that some of these events, especially Australia, have a huge climate change layer to them,” Marshall said. “Extreme weather has always happened,” but “when you add a bit of climate change, more energy, more moisture [in the] atmosphere to the mix, then you start to get things we have not seen before.”