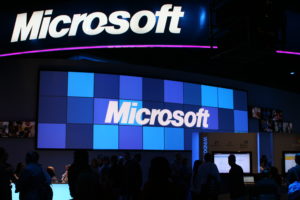 Software giant Microsoft is embarking on a four-year, US$1-billion effort to pull carbon dioxide out of the atmosphere, aiming to remove more CO2 than it emits by 2030 and offset all its historic emissions by 2050.

“This is the decade for urgent action for Microsoft and all of us,” CEO Satya Nadella said Thursday.

“In a blog post, Microsoft explains it wants to reach its goal to cut its carbon emissions for its supply and value chain by more than half by 2030 through a portfolio of negative emission technologies, potentially including afforestation—the opposite of deforestation, creation new forests—and reforestation, soil carbon sequestration, bioenergy with carbon capture and storage, and direct air capture,” The Guardian reports. “It set the goal of removing enough carbon by 2050 to account for all its emissions since its founding in 1975.”

The Guardian notes that Microsoft founder Bill Gates has been one of the funders behind Squamish, British Columbia-based direct air capture developer Carbon Engineering. Elsewhere, independent analysis shows there are still pathways to stabilize average global warming at 1.5°C, without relying on exotic carbon capture technologies that are often tied to fossil fuel interests.

The Guardian says Microsoft will pay for its investment “by expanding its internal carbon fee—a fee the company has charged to its business groups to account for their carbon emissions. Since 2012, Microsoft has assessed the fee on direct emissions, electricity use, and air travel, among other activities, but it will now expand the fee to cover all Microsoft-related emissions.”

The announcement “is the latest in a flurry of climate goals set out by private companies since Donald Trump decided to pull the United States out the Paris climate,” the UK-based paper adds.

“If the last decade has taught us anything, it’s that technology built without these principles can do more harm than good,” Nadella said. “We must begin to offset the damaging effects of climate change.”

The Verge says Microsoft aims to capture 16 megatonnes of carbon, the rough equivalent of 15 coal-fired power plants, this year.

Microsoft President Brad Smith said the company’s carbon reduction push “will require technology by 2030 that doesn’t fully exist today”, so “that money is used, then, for us to invest in our work to reduce our carbon emissions.” He added that “a billion dollars is a lot and a little at the same time when you think about the investment level that’s probably going to be needed.”

Bloomberg says the company also “plans to tackle the amount of carbon it generates and the emissions released into the environment by suppliers and customers,” pledging to bring its buildings and data centres to 100% renewable energy by 2025 and electrify all campus vehicles by 2030.

The announcement drew a mixed reaction.

“It reminds me of the Microsoft of old,” said Columbia University senior research scholar Julio Friedman, former head of CCS research and development at the U.S. Department of Energy. “They used to do big, audacious stuff like this all the time, and I’m glad to see that ethos return on a planetary basis. It’s also long overdue.”

Elizabeth V Sturcken, managing director of the U.S. Environmental Defense Fund’s business team, said the investment puts Microsoft “at the helm of what could be a new movement towards negative emissions”. But she added that “a company’s most powerful tool for fighting climate change is its political influence, and we’re eager to see Microsoft use it.”

“Critics of carbon capture, like presidential hopeful Sen. Bernie Sanders, worry that relying on drawing down carbon after it’s been released takes the pressure off polluters to actually burn less fossil fuel,” The Verge notes. “Carbon capture is popular within the fossil fuel industry; 10 oil and gas companies together decided to funnel $1 billion into developing the technologies in 2016.”

In recent months, “Microsoft and Amazon have come under fire from activist tech workers who have demanded that they stop supplying technology to oil and gas companies because of the polluting nature of fossil fuel extraction,” The Guardian adds, citing a multi-year deal Microsoft signed in 2017 to supply cloud computing services to colossal fossil Chevron. “In its blog post, Microsoft reiterated its commitment to working with oil and gas companies.”