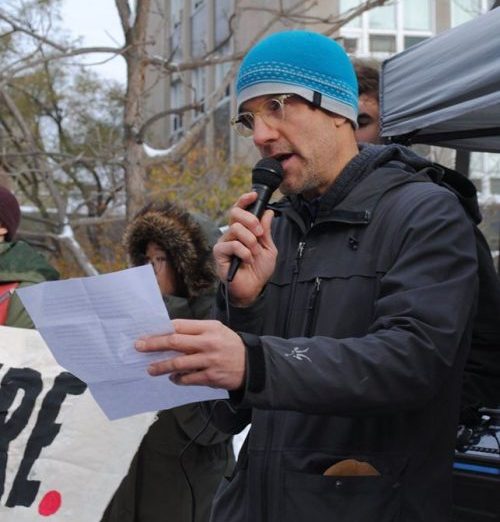 A tenured professor at Montreal’s McGill University has quit his job over the board of governors’ refusal to dump its investments in fossil fuels.

“What it boiled down to, for me, was a matter of conscience,” said Gregory Mikkelson, who taught the philosophy of biology and environmental ethics for 18 years. “Because of the subject matter I research and teach, it became clear that this kind of action is imperative.”

Mikkelson brought forward a divestment motion last September. But “on December 5, the university announced it would not sell off all stocks and investments in fossil fuel companies, despite calls from staff, students and the university’s own senate to do so,” CBC News reports. “That makes it the third time the university has decided against fossil fuel divestment—it made the same decision in 2013, and again in 2016.”

The early senate motion was approved with a majority vote. But with 8.7% of McGill’s C$1.7-billion investment fund currently sitting in the energy sector, the board’s social responsibility committee concluded that “fully divesting from fossil fuels would pose a financial risk to the institution, and the university’s other investment options would be too limited,” CBC adds. “The committee also argued in its report that divestment is not the most effective way of making a positive impact on the environment.”

Once the committee reached its decision, “Mikkelson felt he had no option,” and “he handed in his letter of resignation seven days later.”

Since 2012, “Professor Mikkelson has been a driving force in this university on matters, not only of divestment, but sustainability. He has created space for discussions of a high academic standard to happen,” she told CBC.

“The refusal to divest was really a failure to the students, but also to the faculty, the professors, the alumni, and the donors,” she added. “It’s a failure to cut ties with an industry that profits from and actively fuels the climate industry.”