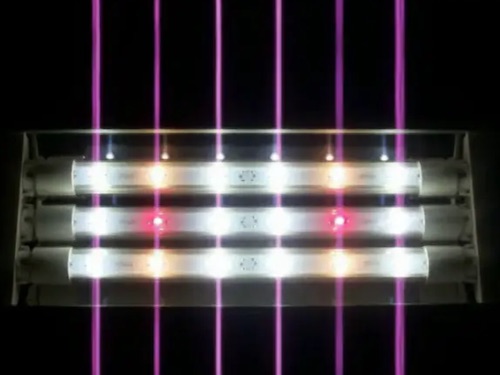 An LED lighting replacement project at a manufacturing plant in the Ottawa suburb of Kanata cut lighting costs 94% while providing better illumination, delivering the equivalent of a one-day return on investment after factoring in federal and provincial incentives.

The story lands at a moment when the heat is on for governments and industry to seize the energy, carbon, and dollar savings potential in existing buildings. In November, International Energy Agency Executive Director Fatih Birol urged “bold action” to boost annual energy efficiency improvements to 3.0% from their current, paltry 1.2%, after his agency reported a decline in the rate of annual improvement for the third straight year.

The key to success at AstenJohnson’s 32,500-square-metre (350,000-square-foot) Teron Road plant was the decision to install smart controls, rather than just replacing obsolete fluorescent lights with LED tubes, EcoGrid Technologies President George Filtsos told The Energy Mix. The rest of the savings came from a federal tax rebate for energy-efficient equipment that modelled on a much longer-standing allowance for fossil projects, and an incentive from Ontario’s Independent Electricity System Operator (IESO).

“We’ve done projects with a quick ROI before, in the range of five or six months,” Filtsos said in a release. But with the federal and provincial programs factored in, “AstenJohnson jumped into the black on this [capital expenditure] project the day after the project was completed.” He added that the IESO verification team “commented that they had never seen over 90% savings on a lighting efficiency project prior to this one.”

The release says the lighting retrofit produced continuing savings for AstenJohnson by cutting its peak electricity demand by 240 kilowatts in a province with time-of-use electricity rates. Beyond energy savings and lower power bills, the installation “improved overall working conditions with bright, comfortable lighting in the facility—a 42% increase in overall illuminance.”

Before the retrofit, Filtsos told The Mix, the AstenJohnson plant had reasonably good illumination for a facility with out-of-date lighting. But “because of LED efficiency, we were able to actually increase the lighting with fewer fixtures,” he explained. “In fact, we reduced the number of fixtures by almost half.”

The wireless controls embedded in the new fixtures were the other half of the story, making it easy to maximize illumination in precision manufacturing areas during working hours, or dim the lights to 10% and save energy in unoccupied warehouse space, then set sensors to restore lighting levels when the space was in use.

While there was a time when the cost of wireless controls was prohibitive, Filtsos said those days are done. “Economies of scale have brought down the price, so that they’re now just five or 10% more in addition to the fixtures. So it’s crazy that there isn’t more demand out there for these types of controls.” But too often, companies try to save a few dollars by replacing their fluorescent bulbs but keeping the fixtures, even if it means sacrificing longer-term savings.

“Not only does it pay for itself,” Filtsos said. “The initial payback is so much faster, and the longer-term cost-benefit is exponentially better,” with the controllers cutting consumption and the LED themselves, with a 10-year warranty, reducing the need for maintenance staff to climb 25 or 50 feet to replace bulbs. The more comprehensive retrofit also triggers the federal tax rebate, since it applies to capital costs but not routine maintenance.

Even though the more ambitious retrofit strategy is a hard sell, “this applies to almost any industry out there,” Filtsos said. “You have tonnes of unused space where you don’t need lighting, and it’s crazy that no one has taken advantage of these controls.”