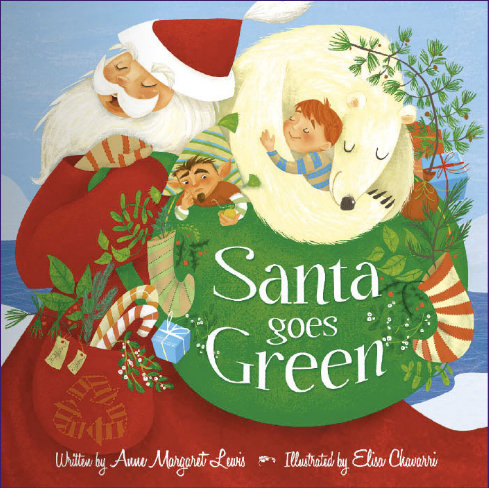 The angry backlash against a green-themed Christmas pageant at a small-town Saskatchewan public school revealed the fear-filled defensiveness produced by a precarious western Canadian fossil economy—while offering unsettling proof of the “social power” Big Oil holds over vulnerable people still dependent on the industry for a paycheque.

Having made the rounds in public schools across North America for the last 10 years, Santa Goes Green, the Musical may have seemed like an innocent choice to teachers at Oxbow Prairie Horizons public school, with songs like Recycle the Fruitcake certain to raise some laughs.

But oilpatch worker Mike Gunderman, whose daughter performed at the event, was not amused, registering his anger in a Facebook post that garnered more than 650 shares within a few short hours of its publication.

Invoking “the state of our industry,” Gunderman called the concert “a kick in the groin to those who are employed by it.” While stressing that his comments were not directed at the children, who “smiled and sang and had fun,” he insisted the theme of the concert was “the wrong message to send at the wrong time of the season,” especially given how much the oil and gas industry “is suffering right now”.

Particularly offensive to many of Gunderman’s online supporters was a song titled “Turn Off the Pump,” whose opening line urges listeners to “turn off the pump and plug in the sleigh,” noted public radio 650 CKOM Saskatoon. That the song goes on to celebrate the new-fangled sleigh as a Prius that runs at least part-time on “clean burning gas” was likely cold comfort to those in Oxbow, Saskatchewan, where local jobs depend on the pumpjacks remaining in operation.

Facing a torrent of criticism in the hours and days following the show, Oxbow school trustees were quick to insist that no offence had been intended, and especially that there had been no political agenda at work behind the scenes, CBC reports. Board Chair Audrey Trombley said the Santa Goes Green score—which also included songs titled The Greenhouse Effect and Power to the People—had been chosen because the music is up-tempo with a fun rhythm, and thus enjoyable for kids.

Trombley said the school division is “very supportive” of the oil and gas industry and expressed particular appreciation for “the work being done by the industry in the province”.

The speed and force with which the board jumped to assert good will towards Big Oil raised flags with University of Regina geography and environmental studies professor Emily Eaton, co-author of a recent paper for the Canadian Centre for Policy Alternatives titled Crude Lessons: Fossil Fuel Industry Influence on Environmental Education in Saskatchewan. She told CBC the board’s rapid acceleration into damage control showed just how much “social power” the fossil industry wields in the province, a transparently political assertion of influence she said many educators find troubling.

The teachers she interviewed for her study “are always trying to find a balance between teaching the effects of the oil and gas industry without being too critical,” Eaton added. “They’re all very much afraid of the broader power the industry has in their communities and the influence that has on parents.”

Alberta’s teachers may likewise be feeling a chill in the wake of several recent incidents where social studies curriculum completely in line with established provincial standards ignited controversy. A week before the Oxbow incident, a school in Blackfalds, Alberta was forced to cancel its Christmas dance, and call the RCMP, after parents began issuing threatening social media posts about a Grade 4 social studies assignment. The teacher had instructed students to view, then critically analyse two videos on the tar sands/oil sands, one from the province and one from Greenpeace. In another case, the provincial education minister agreed that a Grade 10 social studies test was “anti-oil and gas,” and therefore inappropriate for the curriculum.

“I’ve taught Grade 10 social studies more than a dozen times,” wrote Cochrane-based teacher Brianna Sharpe in response. “These test questions correspond with the curriculum, which requires students to explore multiple perspectives on issues such as resource development and to identify points of view.” She added that the current curriculum was created in 2005 by then-premier Ralph Klein’s Conservative government, whose administration understood that “schools should prepare citizens to think critically and identify bias when they vote, consume media, and discuss controversial issues.”

And yet, writes Globe and Mail columnist Robyn Urback, those inclined to roll their eyes at the “puerility” of the Grade 4 social studies dust-up should hesitate before judging parents angered by what they felt was anti-oil propaganda dressed up as education:

“In small towns such as Blackfalds, where oil and gas is the dominant industry by number of jobs and where the dip in oil prices resulted in an absolute economic pummeling, it’s not hard to see why bringing Greenpeace into the classroom would elicit such an emotional (if also irrational) reaction,” she says.

Noting that “oil and gas in these regions is as much an identity as an employer,” Urback adds, “of course these parents were going to blow their tops.”

After empathizing with the parents in Cochrane, and with people like Mike Gunderman who likely just wanted to chill out before scenes of an old-school sleigh super-powered by nothing more than children’s wishes, Urback advises that armchair pundits and politicians hearken to the ever-deepening, highly volatile frustration of one particular demographic: young men in Western Canada who came of age during the oilpatch boom, expected to build their lives around the industry, and now face sky-high unemployment.

With a jobless rate of 19.4% in November 2019, she says, “young men in Alberta are doing worse than their peers in other provinces, worse than their female peers, and significantly worse than their parents. They’re old enough to remember when dropping out of school for oil meant a six-figure salary—but too young to actually reap the benefits. They likely don’t have the experience nor the education to fall back on, now that a lucrative job in oil is anything but a guarantee.”

The fear that uncertainty fosters will only fester, writes Urback, in young men who feel themselves trapped between a federal government that “can’t even muster the word ‘oil’ in its Throne Speech,” and a provincial government whose solution to the crisis is a “war room” vowing to smother any and all criticism of the fossil industry.