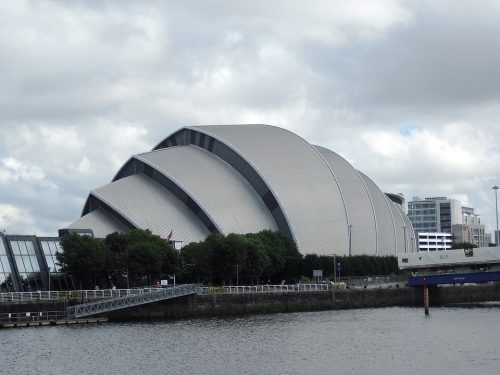 The next United Nations climate conference, COP 26, is still 10 months away from convening in Glasgow. But campaigners are already calling for the Scottish government to help pressure the United Kingdom to keep fossil lobbyists away from the negotiations.

“As one of the world’s most influential and profitable industries, fossil fuel lobbyists are incredibly powerful in the COP process,” said Global Witness climate campaign manager Stuart McWilliam. “They have immense influence over governments’ negotiating positions and national policies. They are allowed a seat at the table and have used this to thwart progress to pursue their own vested interest against the public good. The UN climate change process should ban the fossil fuel industry, the same way the World Health Organization has excluded the tobacco industry.”

But while “the Scottish Government should call for the oil and gas lobbyists to be banned,” he added, “it is more likely [it] will be welcoming them with open arms, given its overwhelming support for the policy of extracting as much oil and gas from UK waters as possible.”

Past COPs “have been partly bankrolled by sponsorship deals with energy companies,” The National notes, recalling financial support at last year’s COP 25 from global renewables/gas utility Iberdola and coal, oil and gas plant operator Endesa. “In 2018, the EU’s largest producer of high-quality coking coal was among several coal sector companies the COP 24 in Poland partnered with. Campaigners fear their influence will negatively affect negotiations.”

Edinburgh University carbon management scientist David Reay said fossil lobbying is inevitable, but the wider issues may be more nuanced. “Many energy firms are now pushing for more ambition rather than trying to hold things back,” he said. “Some heavily oil-dependent nations may still be obstructive in Glasgow, but if China, the U.S., and the EU can all find common ground, then COP 26 can still be a world changer.”

“The domestic oil and gas industry and supply chain can play a positive role in supporting the low-carbon transition,” said Climate Change Secretary Roseanna Cunningham. “We are committed to achieving a carbon-neutral economy and managing that transition in a way that is fair for all.”