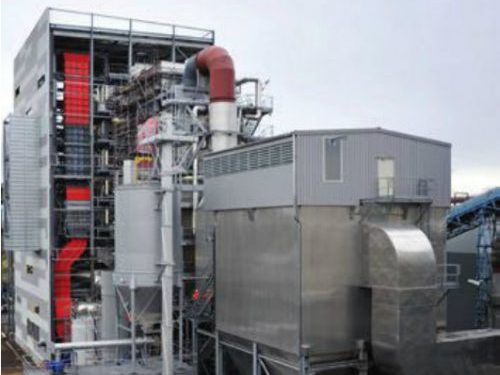 The Guardian describes experts as “horrified at large-scale forest removal to meet wood pellet demand,” citing campaigners’ conclusion that shifting Europe’s coal plants to wood “could accelerate rather than combat the climate crisis and lay waste to woodland equal to half the size of Germany’s Black Forest a year”.

Those numbers prompted Prof. Michael Norton, a director at the European Academies Science Advisory Council, to call large-scale forest removal for bioenergy production “horrifying from a climate perspective”, given the urgent need to stop deforestation.

In the U.S., meanwhile, Natural Resources Defense Council (NRDC) climate and clean energy specialist Sasha Stashwick argues that “per unit of energy, biomass power plants emit more carbon dioxide from their smokestacks than coal plants. And cutting down older trees and replacing them with saplings reduces the amount of carbon stored in that forest, even under a best-case scenario in which harvested trees are immediately replanted.” [Disclosure: The Energy Mix Publisher Mitchell Beer has worked as a consultant to NRDC.]

That means a decades-long delay for any net climate benefits, even when the biomass energy comes from forestry residues, Stashwick adds, and “we don’t have decades to wait”.

The Guardian cites the Brussels- and UK-based climate think tank Sandbag, which looked into the “staggering” amount of tree cutting that could be triggered by heavily-subsidized wood pellet programs. The research “found that Europe’s planned biomass conversion projects would require 36 million tonnes of wood pellets every year, equal to the entire current global wood pellet production,” writes reporter Jillian Ambrose. “This would require forests covering 2,700 square kilometres to be cut down annually.”

And since the majority of the pellets would be shipped from the U.S. and Canada, “there’s a huge added environmental cost in transporting the wood from the other side of the Atlantic,” said report author Charles Moore.

The 67 megatonnes of emissions produced by planned biomass conversions in Finland, Germany, and The Netherlands would not likely be reabsorbed by new trees within the time frame of the Paris Agreement—and after all that, the power plants would supply less than 2% of Europe’s electricity demand, the same capacity that solar and wind are adding every year.

The Guardian connects the story to the massive Drax power plant in North Yorkshire, UK, where management claims a coal-to-biomass conversion backed rather tenuously by carbon capture and storage will make it the world’s first “carbon-negative” company within 10 years. “Drax only uses sustainable biomass sourced from managed forests that are replanted and stay as forests, absorbing carbon as the trees grow,” a company spokesperson told The Guardian. “Drax will not use biomass that drives harvesting decisions which would adversely affect the long-term potential of forests to store carbon,” and a new sustainability policy and independent advisory board “will ensure our biomass sourcing meets the highest standards using the latest science and best practice.”

But NRDC’s Stashwick calls greenwashing in response, citing the sourcing practices of Drax parent company Enviva, the world’s biggest wood pellet manufacturer. “Significant and troubling evidence shows that mature hardwood forests in the U.S. Southeast are logged to supply Enviva,” she writes. “These investigations, supported by NRDC and conducted by our coalition partners and other local groups, also spotlight the vast quantities of the most carbon-intensive types of biomass, including whole trees, entering the industry’s supply chain. These unsustainable sourcing practices not only liquidate carbon stocks, but damage biodiversity in a region where the Atlantic coastal plain is designated as a global biodiversity hotspot.”

On top of that, she continues, “a 2017 analysis of the U.K. power sector found that by 2025, Drax’s existing biomass plants will be more expensive to operate than building completely new solar and wind capacity, even when fully accounting for the costs of integrating solar and wind into the grid.” A separate study of biomass plants in Virginia revealed similar poor economics.

Alex Mason, senior policy officer, climate and energy with WWF’s EU office, responded that burning forests is “literally the opposite of what we should be doing” in response to the climate emergency.

“As 800 scientists pointed out last year, converting coal plants to biomass will increase emissions for decades, if not centuries,” he told The Guardian. “This new report is yet more evidence that the EU must use the new EU Green Deal to fix EU bioenergy rules before this ticking time bomb of a policy does any more damage.”