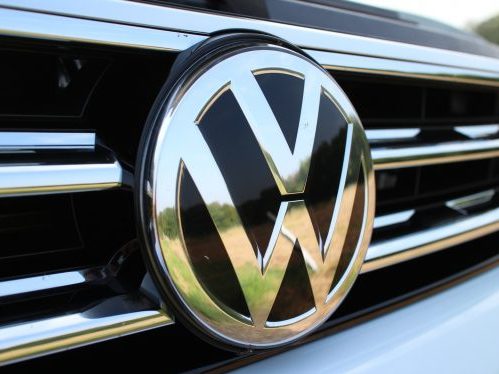 Volkswagen is pleading guilty, and two environmental groups are calling for billions of dollars in penalties, after the federal government capped a four-year investigation of the 2015 Dieselgate scandal by laying 60 charges against the company under the Canadian Environmental Protection Act (CEPA).

Environmental Defence and Ecojustice want the resulting fines invested in electric vehicle charging infrastructure and other elements of the carbon-free economy, as they’ve already been in other jurisdictions.

VW is expected to enter its plea in a Toronto courtroom Friday, the Globe and Mail reports.

Two of the 60 counts, filed Monday, were for providing misleading information. The other 58 related to “the alleged unlawful importation of nearly 128,000 vehicles that did not conform to prescribed vehicle emission standards between January 2008 and December 2015,” the Globe writes.

“Court documents show that the majority of the counts relate to offences allegedly committed during the time covered by the potentially much stiffer penalties,” the Globe states. “The company is also accused of knowingly providing misleading information to the Minister of the Environment in December 2014 and March 2015.”

The Globe notes that Dieselgate has already cost Volkswagen tens of billions of dollars, including US$20 billion in the United States and US$1.5 billion in Germany. While VW pleaded guilty in the U.S. three years ago, Canada moved slowly enough that Environmental Defence and the Canadian Association of Physicians for the Environment filed an August, 2017 Federal Court suit against then-environment minister Catherine McKenna in a bid to move the process along.

The department had opened an investigation into Volkswagen two years previously, then gone silent on its findings. That apparent inaction “basically puts a mark on Canada as a place to get away with dumping your crap into the environment and nothing will be done about it,” Environmental Defence Executive Director Tim Gray said at the time.

This week, Gray told the Globe and Mail the federal charges are “better late than never,” but expressed concern that VW might never be prosecuted for its actions in Canada. He added that it will penalties “in the billions” to deter future fraudulent behaviour.

“If this kind of thing is allowed to go ahead with just a slap on the wrist, they’ll see it as a cost of doing business,” he added.

In the joint release, Ecojustice and Environmental Defence note the fines Volkswagen has incurred in other countries were largely used “to pay for much-needed pollution prevention infrastructure such as electric vehicle charging stations. Volkswagen also signed a plea agreement with a U.S. court that precludes the company from pleading not guilty if prosecuted in other countries including in Canada.”

With Friday’s anticipated guilty plea, they say Canadian prosecutors should “seek significant fines commensurate with the massive scale of environmental crimes committed by the company, and in keeping with the billions of levies collected in other jurisdictions. They should ensure that these fines are invested in initiatives that can help accelerate Canada’s transition to a cleaner economy, such as building an electric vehicle charging network.”