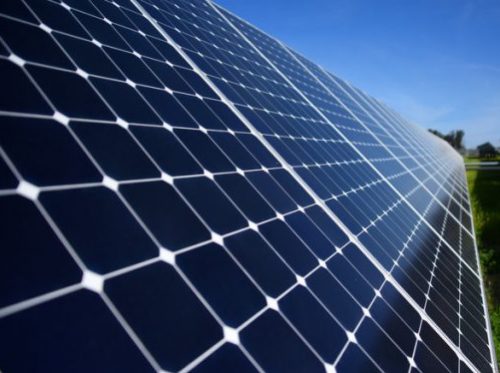 The recent retirement of Arizona’s massive Navajo coal-fired generating station, one of America’s largest, has opened up considerable space for solar+storage, and a new frontier for Indigenous entrepreneurs seeking to ensure their communities thrive in the green economy—as they never did under the regime of fossil fuels.

Operated by the Arizona utility Salt River Project (SRP) since the mid-1970s, on land leased from the Navajo Nation, the 2,250-MW Navajo plant was slated for permanent shutdown in 2017, reports Greentech Media. Its owners, faced with steadily dropping natural gas and renewable energy prices, “determined it would be uneconomical to continue operating the facility.”

At that time, the plant employed more than 500 people, about 90% of them Navajo.

While natural gas will largely fill the capacity gap the facility leaves behind, Greentech says solar+storage will also play a role. SRP’s purchase of two new solar+storage plants—a 250-MW solar array coupled with a one-gigawatt-hour storage system, plus a roughly 88-MW solar+storage system—will make the utility “one of the largest investors in energy storage in the country”.

The two acquisitions, scheduled to come online by early summer 2023, are making good on SRP executives’ pledges last year to increase the utility’s share in renewables, to save ratepayers money and reduce GHG emissions per megawatt-hour by more than 60% by 2035 and 90% in 2050.

“The good news for renewables,” says Greentech, citing Wood Mackenzie analyst Colin Smith, is that Salt River Project has a good cushion of baseload capacity available to ensure grid reliability, which means “SRP absolutely will be able to add more solar to the grid without disrupting their overall generation load.”

What is far more concerning is the job outlook for former employees of the Navajo generating station. “Solar, realistically, is only going to provide some short-term construction jobs, as opposed to long-term jobs for engineers and people working at the coal plant,” Smith said.

Navajo clean energy entrepreneur Brett Isaac is more hopeful. His young company, Navajo Power, is currently involved with the kind of big, 100-megawatt-and-above projects that Smith has his eye on. But he said he aims to build a more labour-intensive distributed energy business and secure “long-term revenue streams” for the tribe.

“The Navajo Power team believes it could develop up to 10 gigawatts of renewable energy on the Navajo Nation in Arizona and New Mexico, which would be a boon for the community and support a shift to new technology jobs,” Greentech writes.

Isaac said making his vision a reality will begin with securing the trust of a community that has grown suspicious of the energy industry, whatever the resource. SRP itself seems to have acted responsibly when the plant closed, offering all 433 regular employees redeployment at its other facilities and signing a “35-year extension lease with the Navajo Nation for plant retirement activities after 2019 and long-term monitoring,” Greentech recounts. But “it took more than a year for [Navajo Generating Station] owners to finalize negotiations around closing the plant, putting plant workers and their families in a prolonged state of limbo.”

More broadly, Isaac said the Navajo Nation is “still recovering decades’ worth of decisions that limited economic development and revenue generation in the region.” Local unemployment remains high, and roughly 15,000 homes on the reservation still lack access to power.

There are positive signs, as Navajo Nation communities that once viewed renewable energy “as a threat to their coal jobs now understand that alternative energy resources present new opportunities in a shifting energy landscape,” Greentech says. And Isaac says the shift in mindset can run in both directions.

“Coal miners and plant operators have pride in what they’re doing,” he said. “Solar can learn from that and create champions within the community—only this time, they can own the process while contributing to a cleaner environment.”