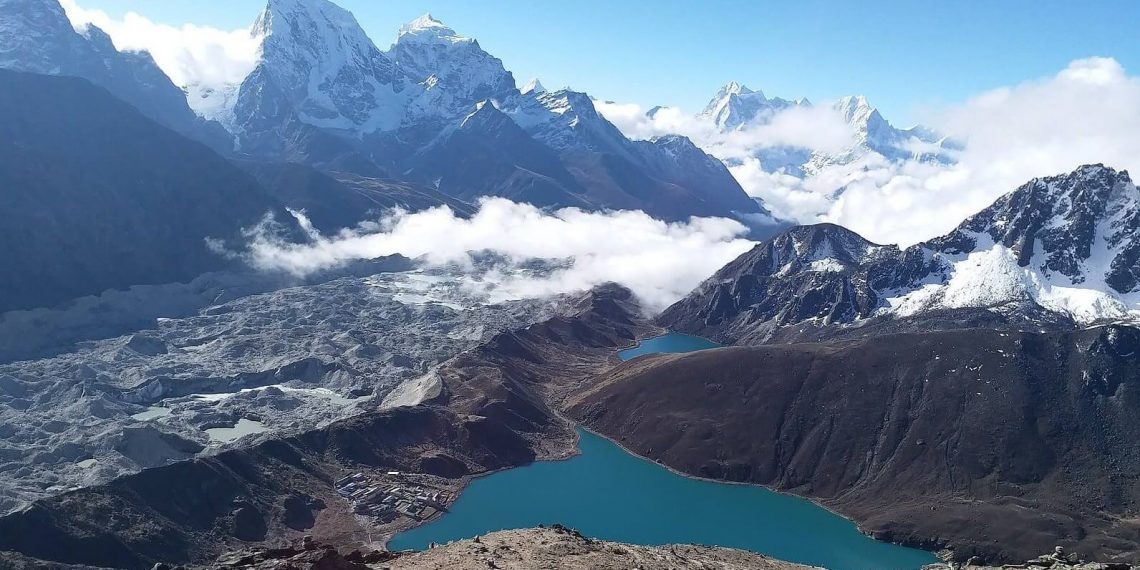 Voids left as glaciers vanish could be used to store spring snowmelt and rainfall to save the valleys below from summer droughts.

LONDON, 4 December, 2019 – Building dams in high mountains to store water as glaciers vanish could produce much-needed hydropower as well as saving people in the valleys below from summer droughts.

Following an earlier study of their own crisis of retreating glaciers in the Alps, Swiss glaciologists have carried out a worldwide study of 185,000 retreating rivers of ice to assess whether the empty valleys they leave behind could usefully be turned into holding dams.

The issue is urgent, because even with an average climate change scenario about three-quarters of the storage potential of these valleys could become ice-free by 2050 – and all of them by the end of the century.

The retreating ice – apart from spelling the end for some magnificent natural monuments – will dramatically affect the water cycle, leaving large river systems with seriously low flows, and some perhaps drying up altogether in the summer. This would have serious consequences for hydro-electricity production, agriculture and even drinking water for cities downstream.

Although water shortage is a potential problem in many high mountain regions, it is already affecting cities like Peru’s capital, Lima, which lies below the Andes. It also has the potential to cause serious problems in India, Pakistan and China, all of them reliant on summer run-off from the Himalayas.

“This theoretical total potential corresponds to about one third of current hydropower production worldwide. But, in reality, only part of it would be realisable”

The idea of the dams would be to capture the water from winter rainfall and spring snowmelt and retain it for gradual release during the summer – so, at least partly, replicating the current summer glacier melt.

The team calculated that theoretically the storage potential of these glacier valleys was 875 cubic kilometres of water, providing enormous hydropower potential.

Daniel Farinotti, professor of glaciology at ETH Zurich, who led the team, said: “This theoretical total potential corresponds to about one third of current hydropower production worldwide. But in reality, only part of it would be realisable.”

Since it was neither realistic nor desirable to build a dam in each of the thousands of the valleys vacated by glaciers, the researchers carried out a suitability assessment for all sites.

They identified around 40% of the theoretical total as “potentially” suitable, equalling a storage volume of 355 cubic km and a hydropower potential of 533 TWh per year. The latter corresponds to around 13% of current global hydropower production, or nine times Switzerland’s annual electricity demand.

“Even this potentially suitable storage volume would be sufficient to store about half of the annual runoff from the studied glacierised basins,” Professor Farinotti said.

The results show that basins which have lost their glaciers could contribute significantly to energy supply and water storage in a number of countries, particularly in the high mountain countries of Asia.

Among those with the largest potentials are Tajikistan, where the calculated hydropower potential could account for up to 80% of current electricity consumption, Chile (40%) and Pakistan (35%).

In Canada, Iceland, Bolivia and Norway, the potential equals 10–25% of their current electricity consumption. For Switzerland, the study shows a potential of 10%. – Climate News Network

Coal is now too hot for insurers to handle