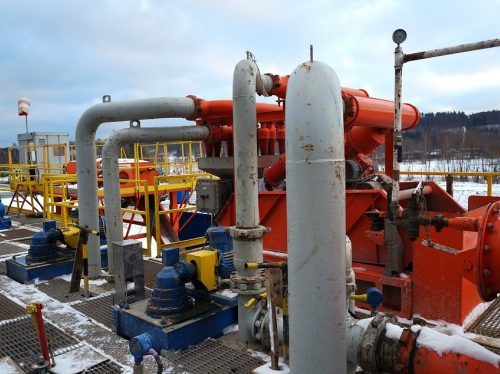 A hotly-contested report from the International Energy Agency (IEA) that projects continuing growth in fossil fuel demand and greenhouse gas emissions is generating eye-rolls from the one community that might have been expected to welcome the overheated projection: the Texas shale industry.

The wildcatters’ skepticism also extends to the U.S. Energy Information Administration (EIA), Bloomberg News reports. The news agency says Texas fossil execs might have their own reasons to talk down expectations, hoping that a belief in lower output will drive up oil prices. But they’re also arguing that the two agencies’ growth projections for 2020—an increase in Texas shale oil production of 900,000 barrels per day in the IEA scenario, or a million barrels according to the EIA—bear no resemblance to the industry crash taking shape all around them.

“What’s ticking folks off these days” is that the two statistical agencies “still predict robust U.S. production growth next year, despite the dire reality on the ground,” Bloomberg writes. “Those projections don’t jibe with the vibe in Texas, home to about half of U.S. crude output. Capital-hungry producers are being starved of funding, stocks have plunged, and there’s been zero appetite for public offerings, making the downturn potentially more enduring than previous price-related busts.”

“All I know is, after 47 years, they’re usually wrong,” said Earthstone Energy CEO Frank Lodzinski, a nearly five-decade industry veteran. “I can’t remember another time when oil was $55 and the industry was in such shambles.”

Bloomberg recounts a mounting decline for the Texas industry, including 1,000 layoffs in the oilfields and staff cuts at investment banks due to a decline in new business deals. Mizuho Bank analyst Paul Sankey described the Houston investment community as a “depleted and demoralized crowd, shell-shocked by the heavy losses inflicted from being the single epically losing sector on the record-breaking S&P 500 [stock market] battlefield.”

Analysts at IHS Markit foresee a “dramatic shift” in companies’ behaviour leading to flattened production growth by 2021, Pioneer Natural Resources CEO Scott Sheffield declared the IEA “way too optimistic on U.S. shale,” and Centennial Resource Development CEO Mark Papa “has been sounding the alarm on the slowdown since at least February,” Bloomberg says.

“Independent explorers aren’t the only drivers of growth,” the news agency notes. “ExxonMobil Corporation and Chevron Corporation have been beefing up their presence in the Permian [although that doesn’t seem to be working out too well for Exxon—Ed.]. Plus, chatty CEOs with skin in the game have a clear incentive to talk up an impending slowdown that would bolster oil prices.”

But the string of business challenges isn’t the only issue, with Bloomberg pointing to a “rapid decline of shale well production. In the top five shale basins, wells that came on in 2018 are declining at their fastest rates yet, according to David Ramsden-Wood, the former chief operating officer of Permian producer Franklin Mountain Energy.”

While Bloomberg has the latest and clearest analysis of the shale oil decline, the story has been developing for months. News reports and analyses have detailed investors’ declining confidence in the shale industry and the job losses that have resulted.

In mid-November, Post-Carbon Institute Fellow David Hughes published the latest in an annual series of shale oil “reality checks”. He finds that the EIA’s future projections presume another 1.9 million new oil and gas wells and US$13 trillion in new investment by mid-century—and even then, leave an 8.33-billion-barrel gap between the output the agency expects from shale resources and its estimates of what’s actually available, writes Asher Miller, executive director of the Oregon-based institute.

“The EIA anticipates that tight oil production will be 38% higher in 2050 than in 2018 and shale gas 81% higher, with tight oil providing nearly 70% of all U.S. oil production over the next three decades and shale gas 74% of all gas produced,” Miller says. But based on Hughes’ analysis of geological and technological feasibility, “the EIA’s forecasts for major plays like the Bakken, Eagle Ford, Marcellus, Utica, and the Permian Basin are terribly unrealistic. Of the 13 shale plays analyzed, nine are rated as extremely optimistic, three highly optimistic, and only one moderately optimistic.”

While Hughes and the Post-Carbon Institute have been raising similar alarms for several years, what’s new is that investors are paying attention. In mid-November, the Institute for Energy Economics and  Financial Analysis concluded that 38 publicly-traded fracking companies in the U.S. had lost $1.3 billion on new project investments over the third quarter of 2019, and “once again failed to produce positive cash flows to match gushing production of oil and gas”. Over the previous 12 months, IEEFA said the industry showed $4.9 billion in negative cash flows.

“Ours is a conservative estimate since we have excluded companies that have merged or declared bankruptcy or had other major changes during the quarter,” clarified IEEFA energy finance analyst and report co-author Clark Williams-Derry. But even so, “fracking remains a losing proposition for investors.”

“This is more of the same old, same old,” said IEEFA financial analyst and report co-author Kathy Hipple. “No matter how you slice it and dice it, the fracking sector has largely failed to make money for the past decade.”

Two weeks earlier, IEEFA reported that investors “have become wary of [fossil] companies due to short-term concerns about oil overabundance, and long-term fears that climate change and electric vehicles cloud the future of fossil fuels.” The list of colossal fossils facing increased skepticism included ExxonMobil and Chevron, both active in the U.S. fracking industry. In a span of less than three weeks, Reuters reported that Wall Street investors, analysts, research firms, and companies were putting greater emphasis on the climate risk in the companies they backed, and that financial support will dry up if the European gas industry cannot quickly show that it’s addressing the climate crisis.

“I have to warn you, for many…investors, there is a growing presumption against giving any of our clients’ capital to you,” said fund manager Nick Stansbury at British insurance giant Legal & General. “We are becoming a consumer-facing brand and yes, we are hugely influenced…ultimately, we are agents, we act on our clients’ instructions.”

A couple of weeks later, Bloomberg reported that banks were cutting back on the lines of credit shale drillers use for day-to-day cash flow, and most respondents to an industry survey expected the trend to continue. “The noose is tightening at a time when producers have seen their market values plunge 21% this year,” the news agency wrote. “Meanwhile, at least 15 producers have already filed for bankruptcy during the year.”

Bloomberg also pointed to a “new breed of environmentally conscious investor”, up to and including banking behemoth BNP Paribas, setting up new mutual funds that are essentially snubbing businesses whose products and operations are not sustainable.

Investors’ increasingly clear-eyed view of the shale industry’s shortcomings has led to dramatic job loss, with a report from Reuters in October listing Whiting Petroleum, Devon Energy, and PDC Energy as companies that had staff in recent months, while oilfield services giants Halliburton, Schlumberger, and Patterson-UTI Energy took equipment out of operation. Separate news stories had Halliburton cutting 650 jobs and promising another $300 million in cost reductions, while Schlumberger shocked some investors by acknowledging a $12.7-billion drop in the value of its business. In the latter part of November, billionaire Texas fracking investors Farris and Dan Wilks declared bankruptcy for one of their major shale drilling companies, with Bloomberg documenting a string of losses in their fossil portfolio, and frac sand supplier U.S. Silica Holdings Inc. said it had cut 230 staff.