UK Rock Band Gets Serious About Cutting Its Carbon Footprint 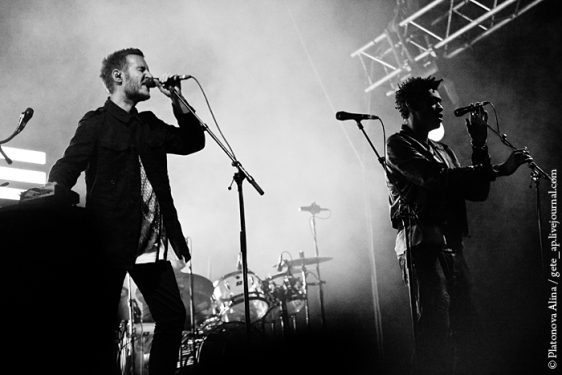 Determined to do its part to tackle the climate emergency, Bristol-based trip hop band Massive Attack has partnered with Manchester University to map the giant carbon footprint generated when bands go on tour, and set out to reduce it.

The collaboration between Massive Attack and Manchester’s Tyndall Centre for Climate Change Research points to a growing awareness among rock band heavyweights of the need to get serious about climate action, reports The Guardian.

The band’s decision to partner with climate researchers comes six months after their revered musical close cousin Radiohead transformed an act of digital piracy into funding for Extinction Rebellion, and a few days after the enduringly popular Cold Play made headlines with the announcement that they would not tour again until they could be assured their gigs would be carbon neutral. Cold Play has since dialed back its ambitions, telling the British music journalism website New Musical Express that they do have a “set plan” to play in a few locations in the United States before parking the tour bus for a while.

In an earlier op-ed for the UK-based paper, Massive Attack vocalist Robert Del Naja traced a longstanding awareness of environmental concerns that led the band to take “unilateral steps” to reduce its impacts on the road, by prohibiting single-use plastics and travelling by train “wherever feasible”. Del Naja added that the band had “explored advanced carbon offset models,” but ultimately rejected them because “carbon offsetting transfers emissions from one place to another rather than reducing them”.

As for exiting the music tour business outright, Del Naja said that as “a major employment industry with hundreds of acts, this isn’t about to happen”. He added that “given the current polarized social atmosphere, uplifting and unifying cultural events are arguably more important now than ever, and no one would want to see them postponed or even cancelled.”

Instead, he called for collective action to “embrace seismic change” that will reduce carbon emissions across the music industry: hence, Massive Attack’s partnership with Manchester.

Making good on Del Naja’s call to collective action will be an enormous challenge. In its coverage of Cold Play’s planned hiatus from touring, BBC News writes that the band’s 2018 tour, which took in a cool US$523 million, “employed 109 crew, 32 trucks, and nine bus drivers who travelled to five continents, playing to 5.4 million people at 122 concerts”.

But things could be worse, BBC notes. “The ambitious ‘claw’ structure that U2 took on the road in 2009 required 120 trucks to shift it around,” and “according to one environmental group, the band generated the equivalent carbon footprint of a return flight to Mars.” U2 has since considerably upped its green game, using hydrogen fuel cells in some venues and offsetting all its emissions using globally-recognized, Gold Standard offsets.

American musicians are also beginning to beat the climate action drum, The Guardian writes, with “dark pop” teen phenomenon Billie Eilish offering free tickets to fans who “pledge to fight the climate emergency with the organization Global Citizen” and planning to incorporate climate education into her next tour, which begins in March.

Include People with Disabilities in Climate Disaster Planning, Researchers Urge