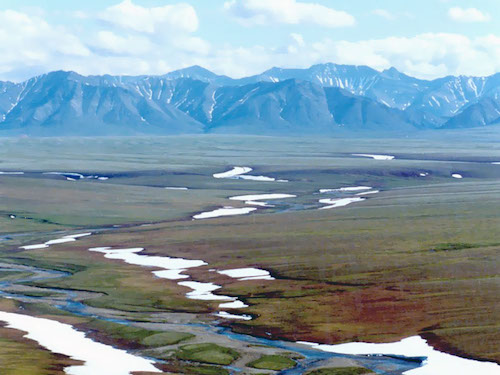 Continuing its assault on Obama-era environmental protections in the Arctic, the Trump administration released a draft proposal earlier this month to open as much as 81% of Alaska’s National Petroleum Reserve—critical habitat for endangered caribou, grizzlies, wolves, and migratory birds—to exploratory drilling for oil.

“The proposed changes are described in a draft environmental impact statement for managing the National Petroleum Reserve in Alaska, a 9.3-million-hectare unit of federal land on the western side of Alaska’s North Slope,” reports the Globe and Mail.

Released by the Bureau of Land Management (BLM), the proposal presents a number of options, the “most aggressive [of which] would allow oil development in 81% of the reserve,” or 30% more than permitted under the Obama administration’s 2013 management plan.

In a statement released along with the draft proposal, BLM’s Alaska state director Chad Padgett justified the expansion as economically prudent, particularly in light of “advancements in technology and increased knowledge of the area”.

Alaska Wilderness League board member Pat Pourchot, a former U.S. Interior Department official who worked to craft the 2013 plan, had a different interpretation. “Does oil and gas trump everything in terms of natural resources?” he asked. “Is that the first and highest value for every acre of federal lands?”

The latest White House effort to woo fossil interests to northern Alaska occurs in tandem with its plans “for a lease sale in the coastal plain of the Arctic National Wildlife Refuge (ANWR) on the eastern side of the North Slope, an area that lost its decades-long protective status when Congress passed the 2017 tax overhaul bill,” the Globe notes.

It remains to be seen, however, whether Trump’s eagerness to lease Arctic lands will be matched by an eagerness on the part of potential bidders. Past efforts to open drilling in the National Petroleum Reserve have proven dismal failures, with most fossils taking a pass.

Under BLM protocols, “the draft environmental impact statement is subject to a 60-day public review,” after which “a final statement and an action decision are expected to follow,” the Globe writes.

Arctic Temperatures Up to 11° Above Normal Produce Treacherously Thin Ice