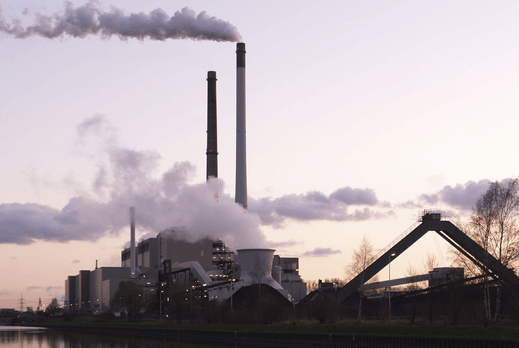 A pair of alarming reports from United Nations agencies shows greenhouse gas emissions at record levels and rising at a faster annual rate, meaning that efforts to counter the climate crisis must increase three- to five-fold to avoid a world of 3.2°C average global warming in less than 100 years.

Thanks to years of inaction and squandered opportunities to reduce emissions, scientists are now calling for an urgent but still achievable effort to cut global emissions by 7.6% per year through 2030.

In its annual assessment released Monday, the World Meteorological Organization (WMO) reported that carbon pollution in the Earth’s atmosphere set another new record in 2018, methane emissions increased at their fastest rate since 1988, and nitrous oxide showed the biggest jump ever recorded.

Then on Tuesday, the UN Environment Programme’s annual emissions gap report concluded that global emissions, including deforestation, hit 55 billion tonnes in 2018, and increased 1.5% per year over the last decade—leading the agency to call for the drastic annual reductions.

“The only time in recent history when emissions have fallen in any country at a similar rate came during the collapse of the Soviet Union. During the financial crisis and recession, emissions in the U.S. and Japan fell briefly by about 6% but soon rebounded,” The Guardian reports. “However, technologies such as renewable energy and electric vehicles are now available, and increasingly cheap, which could enable deep cuts in carbon without jeopardizing economic growth.”

UNEP put the investment required to build the transition at US$1.6 to $3.4 trillion per year.

When the IPCC’s landmark 1.5°C pathways report was released last file, analysts pointed out that every 0.1°C between the two targets “is a choice between life and death”. This week, comments on the UNEP report stressed that the difference between 2.0 and 3.2°C is anything but minor.

“It seems mathematically like we’re playing around with numbers, but they are profound numbers,” said Purdue University professor and former U.S. State Department senior science advisor Gabriel Filippelli. But “it’s frankly terrifying to me largely because, once again, it’ll be a case where those countries that are the least responsible for the root cause of this…will be first impacted, and in a major way.”

A 3.2°C increase “would make [the number of migrants] we’re seeing coming out of Latin America now into Mexico and into the U.S. look like nothing,” said Woods Hole Research Center senior scientist Jennifer Francis. “There’s just going to be people suffering in places where it will become literally uninhabitable, where they won’t be able to grow food anymore, where their animals won’t be able to live anymore.”

“That’s what I worry about the most, the conflict and the misery that’s going to happen around the world,” Francis added. “That’s what keeps me up at night.”

The WMO report shows how far governments, fossils, and other emitters are from taking those realities seriously. The agency “found the global average concentration of CO2 reached 407.8 parts per million in 2018, up from 405.5 ppm in 2017. It is now 50% higher than in 1750, before the industrial revolution sparked the widespread burning of coal, oil, and gas,” The Guardian states.

“Since 1990, the increase in greenhouse gas levels has made the heating effect of the atmosphere 43% stronger,” the paper adds. “Most of that—four-fifths—is caused by CO2. But the concentrations of methane and nitrous oxide, the two other key greenhouse gases, also surged in 2018 by a higher amount than the annual average over the past decade.”

And yet, “there is no sign of a slowdown, let alone a decline, in greenhouse gases’ concentration in the atmosphere—despite all the commitments under the Paris Agreement,” said Secretary-General Petteri Taalas.

“It is worth recalling that the last time the Earth experienced a comparable concentration of [atmospheric] CO2 was three to five million years ago,” he added. “Back then, the temperature was 2.0 to 3.0°C warmer, and sea level was 10 to 20 metres higher than now.”

“This continuing long-term trend means that future generations will be confronted with increasingly severe impacts of climate change, including rising temperatures, more extreme weather, water stress, sea level rise, and disruption to marine and land ecosystems,” warned a summary of the report.

“The UN agency’s Greenhouse Gas Bulletin is one of a series of studies to be published ahead of a UN climate change summit being held in Madrid next week, and is expected to guide discussions there,” explains the Thomson Reuters news agency, in a story republished by the CBC. Taalas held out some hope for those talks, despite the dire data in his agency’s report.

“What is good news is the visibility of these issues is higher than ever,” he told media. “So, personally, I’m more hopeful than I used to be 10 years ago, but of course we have to speed up the process.”

The Guardian notes that “three-quarters of the emissions cuts pledged by countries under the Paris agreement of 2015 are ‘totally inadequate’, according to a comprehensive expert analysis published earlier in November, putting the world on a path to climate disaster. Another report has found that nations are on track to produce more than double the fossil fuels in 2030 than could be burned while keeping heating under 1.5°C.”

“The number [for concentrations of different greenhouse gases] is the closest thing to a real-world Doomsday Clock, and it’s pushing us ever closer to midnight,” Greenpeace UK Executive Director John Sauven told The Guardian. “Our ability to preserve civilization as we know it, avert the mass extinction of species, and leave a healthy planet to our children depend on us urgently stopping the clock.”

“This record level of greenhouse gases should act as a sobering reminder to governments that so far they are collectively reneging on the pledge they made at the Paris summit, of attempting to keep global warming to 1.5C,” agreed Richard Black, director of the UK’s Energy and Climate Intelligence Unit. “That window is closing, and Chile, Italy, and the UK [must] use all the diplomatic tools they have to put emissions on a trajectory closer to what science recommends and the public want.”

UNEP co-author John Christensen of the Technical University of Denmark told The Guardian the emission cuts now required are “unprecedented”, but Executive Director Inger Andersen said postponing action is no longer an option.

“We need to catch up on the years in which we procrastinated,” she said. “Our collective failure to act early and hard on climate change means we must now deliver deep cuts to emissions [of] over 7% each year, if we break it down evenly over the next decade. This shows that countries simply cannot wait.”

Andersen added that the next few years will tell whether atmospheric carbon levels go high enough to make runaway global warming inevitable. “We need quick wins to reduce emissions as much as possible in 2020,” followed by national commitments to faster, deeper emission cuts under the Paris Agreement.

“By now, we know all we need to know. The science is pretty clear, and very frightening,” said Anne Olhoff of the UNEP-Technical University of Denmark Partnership. “But we also know we have the technological options that are needed, at least to the short to medium term.”

“Fossil-fuel-centred economies make it difficult for national governments to put climate concerns front and centre, with the result that globally we are not on track to meet the Paris Agreement,” said Rana Adib, executive director of the REN21 renewable energy think tank. “We have the necessary means to pursue the energy transition. What we need is the political and institutional will to make the transition a reality.”