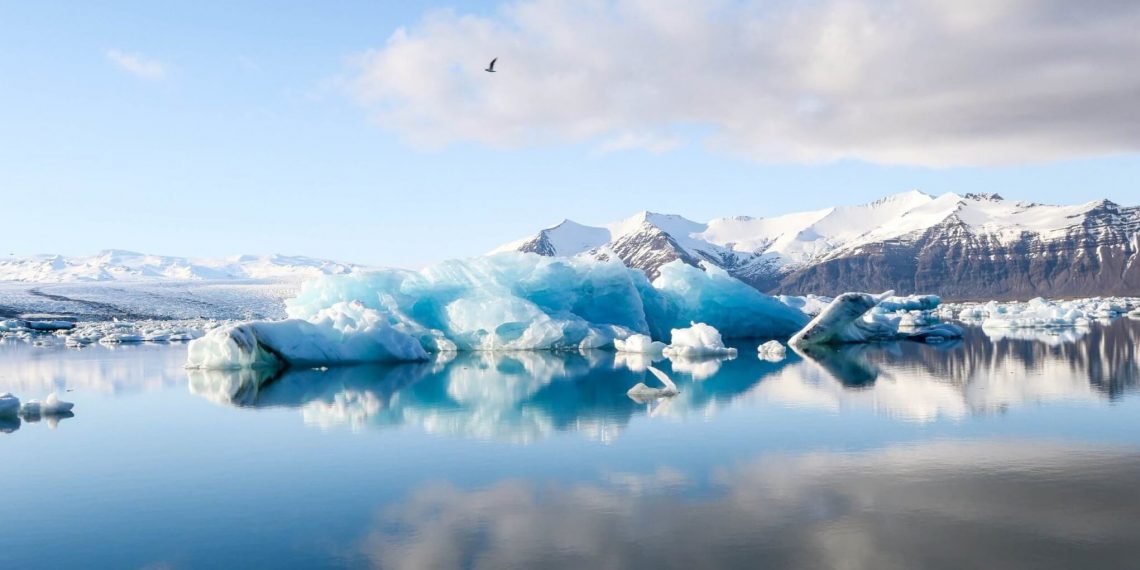 Faced in 2008 with a melting economy, Iceland acted fast to avoid total collapse. Icelanders’ own needs were its priority.

LONDON, 27 November, 2019 − What can you do if you’re a smallish island in the North Atlantic with a lot of snow and a melting economy? Quite a lot, it turns out, if you’re prepared to put local people’s needs first.

Iceland was hailed recently for erecting a memorial plaque to one of its most striking features, Okjökull, which shrank so drastically because of climate breakdown that it lost its status as a glacier. It was the first in Iceland to do so, and is now known, fittingly, by a diminutive, as Ok.

Barely 10 years ago, when the country was in the grip of a different crisis, the pace of its far from glacial response showed how quickly rapid changes of government policy can turn a crisis around.

Iceland was at the heart of the global financial crisis in late 2008 and was nearly destroyed by it; 97% of its banking sector collapsed in just three days. its three largest banks − Glitnir, Kaupthing and Landsbankinn − had accumulated a debt of $85 billion (£66bn), equivalent to 10 times the country’s national income (GDP), or 20 times the national budget.

These losses amounted to $330,000 for every man, woman and child on the island, whose stock market then collapsed, with huge numbers of businesses going bankrupt. Iceland approached the International Monetary Fund (IMF) for emergency aid − the first western country to do so since 1976 − and obtained a loan of $2.1bn (£1.4bn).

“It is possible that the Icelandic way of governing also played a part. Was their natural reflex to protect the many, rather than the few?”

So how did it manage to survive? First, it allowed a default on the $85bn in debt accumulated by the banks. A new national mood set in, creating lasting conditions for change and the desire for new economic approaches.

Other countries had largely let banks off the hook, but in 2015 Iceland’s Supreme Court upheld convictions against bankers at the heart of the crisis. Finance is now so sensitive that when the Prime Minister was caught up in revelations from the release of the so-called Panama Papers, he was forced from office.

The debts are now largely paid off, but most multinational businesses have left Iceland, for fear of the capital controls. A huge expansion in tourism has rescued the nation’s economy, though average wages are now much lower.

The government protected Icelanders’ bank deposits and forgave debts for a quarter of the population. As Bloomberg News reported in 2012, “Iceland’s approach to dealing with the meltdown has put the needs of its population ahead of the markets at every turn.”

The Rapid Transition Alliance (RTA), a global initiative which aims to learn from rapid change to address urgent environmental problems, believes Iceland’s way of extricating itself quickly from the global crisis has lessons for other countries, some of which are still paying a heavy price for the events of 2008 and the way they reacted.

Radical change can usher in a virtuous circle, by becoming a habit: once you’ve started, new opportunities may open up for yet more change;

And, perhaps most surprisingly of all, the Alliance says, it is possible to put people before the demands of financial markets and still run a successful economy. Citizen engagement and economic reform can go hand in hand.

Iceland’s economy had thrived on speculative finance but, after the meltdown, rather than making the public pay for the crisis, as the Nobel economist Paul Krugman points out, Iceland “let the banks go bust and actually expanded its social safety net”. Instead of placating financial markets, it introduced temporary controls on the movement of capital to give itself room to manoeuvre.

Following this, a “pots and pans” revolution kick-started a process that led to a new citizen-drafted constitution, which succeeded in engaging half the electorate.

The constitutional exercise proposed a new approach to the ownership of natural resources for the public good, which has had a lasting effect on the country’s choices: all its electricity and heat today comes from renewable sources, and transparency has become a central part of Icelandic public life.

The RTA thinks there were several key factors that enabled such rapid and fundamental change: the extent to which the economic system was irreparably damaged; the decision by the government to respond to the people’s demands and not to those of the banks; and the decision to punish those at fault and start anew.

It concludes: “It is possible that the Icelandic way of governing also played a part, because they have a longstanding history of deeply embedded democracy and a culture that discourages hierarchy. Was their natural reflex to protect the many, rather than the few?” − Climate News Network

The Rapid Transition Alliance is coordinated by the New Weather Institute, the STEPS Centre at the Institute of  Development Studies, and the School of Global Studies at the University of Sussex, UK. The Climate News Network is partnering with and supported by the Rapid Transition Alliance, and will be reporting regularly on its work. If you would like to see more stories of evidence-based hope for rapid transition, please sign up here.