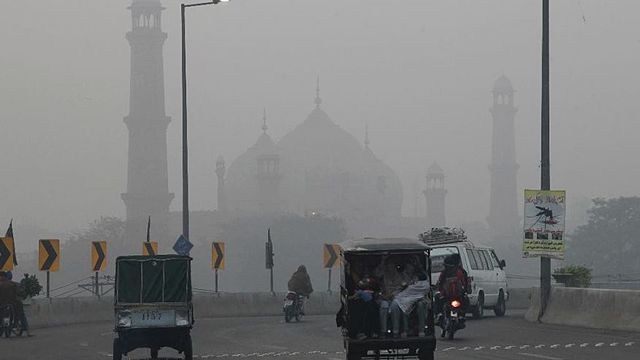 Amnesty International has issued what it describes as an unprecedented Urgent Action alert for an entire city, calling on its global network to defend the health of Lahore, Pakistan.

“The government’s inadequate response to the smog in Lahore raises significant human rights concerns. The hazardous air is putting everyone’s right to health at risk,” said Amnesty’s South Asia Campaigner Rimmel Mohydin. “The issue is so serious that we are calling on our members around the world to write to the Pakistani authorities to tell them to stop downplaying the crisis and take urgent action to protect people’s health and lives.”

Lahore has not seen a single day of healthy air this year, the release notes. That finding prompted Amnesty to deploy a campaign tool it has “used for decades to mobilize support internationally for victims of human rights violations and for prisoners of conscience.”

“The air in Punjab, Pakistan’s most populous province, is so toxic that people’s health and lives are in grave danger,” Amnesty states on its website, in the introduction to a model letter to Minister (State) of Climate Change Zartaj Gul Wazir. “Schools have been forced to shut down, respiratory illnesses are on the rise, and people are having trouble breathing.”

On November 13, the city’s air quality index hit 556, far above the “hazardous” threshold of 300. But the Pakistan government “is assessing air quality using measures not in line with international standards,” with the result that “people are not adequately warned or equipped as to how to protect themselves from the smog”.

The release attributes Lahore’s “smog season” between October and February to a combination of poor fuel quality, uncontrolled emissions, and crop burning. “Reports have shown how prolonged or heavy exposure to hazardous air can result in severe health issues including asthma, lung damage, bronchial infections, heart problems, and shortened life expectancy—putting in danger people’s rights to life and to health,” it says. In 2015, The Lancet reported that poor air quality in Pakistan causes 310,000 premature deaths per year.