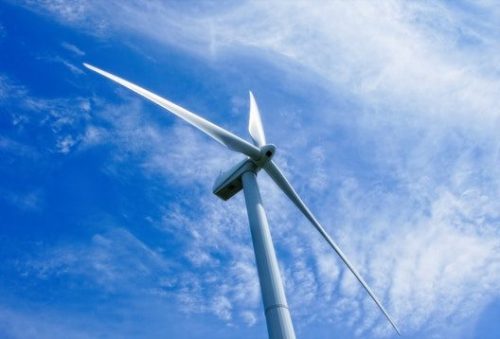 The NDP opposition is asking Ontario’s auditor general to investigate after documents showed the province setting aside C$231 million for the Ford government’s decision to cancel a completed wind farm and break 758 smaller renewable energy contracts after it took office last year.

The revelation is drawing comparisons to controversial and costly gas plant cancellations that dogged the province’s previous Liberal government.

“When the projects were cancelled, Energy Minister Greg Rickford repeatedly refused to discuss the costs of any penalties,” the Toronto Star recalls. “He said legislation would be passed to keep them ‘as low as they can be,’ and that the move would save electricity consumers $790 million.”

Now, the opposition is asking how that’s working out for the government, after the NDP found the $231-million charge buried in a public accounts document under an obscure “other transactions” listing.

“In the public accounts for the Ministry of Energy, there is a strange little entry. It shows the government spent $231 million on some un-detailed ‘other transactions’. Will the Premier confirm that this $231 million represents the cost of cancelling about 750 renewable energy contracts last year?” NDP energy and climate critic Peter Tabuns asked in the Legislature.

“How can the premier claim he’s saving taxpayers and ratepayers money when he’s throwing away $231 million not to build renewable energy?” Tabuns added. “Wasting $231 million to cancel hydro contracts is the sort of thing the previous Liberal government did during the gas plants scandal. The similarities are striking.”

At the time, the governing Liberals put the cost of the cancellations at $230 million, The Canadian Press writes. The final tab came in at $950 million. Fast forward to last year, and then-government house leader Todd Smith claimed the Conservatives’ cancellation of the White Pines Wind Project would cost taxpayers nothing. “Unlike the gas plant scandal this is going to be a legislated end to this contract and the government holds that power to legislate the end to this contract,” he said.

On Thursday, a defiant Doug Ford maintained he was “proud” of tearing up the renewables contracts.

“If we had the chance to get rid of all the windmills we would,” he said. “I’m proud that we actually saved the taxpayers $790 million when we cancelled those terrible, terrible, terrible wind turbines that really for the last 15 years have destroyed our energy file.”

NDP leader Andrea Horwath declared those remarks “ridiculous”, though she also called the previous Liberal government’s green energy policies a “mess” of “sweetheart deals”, the Globe and Mail reports. “Every jurisdiction around the world is trying to figure out how to bring more renewables onto their electricity grids,” Horwath said. “This government is taking us backwards.”

In July, energy ministry spokesperson Sydney Stonier confirmed to iPolitics that the government would have to pay compensation for the White Pines shutdown, with the final amount yet to be determined. Last week, Ford’s associate minister of energy Bill Walker said the government still doesn’t know the number.

Horwath warned the total cost of the contract cancellations could exceed $231 million and called on Auditor General Bonnie Lysyk to investigate. “Without a detailed explanation of the full costing of these cancelled contracts, Ontarians are left to wonder what will be the extent of the costs of decommissioning and termination of the power purchase agreements,” she wrote. “They have an obligation, as the government in power, to have the auditor general give the public a true representation of what their cancelling of contracts is going to cost.”

Rickford said cancelling the contracts last year was the “appropriate and responsible” thing to do, adding that the government had recorded the expense “out of an abundance of caution”. Interim Liberal leader John Fraser said if Rickford “wants to validate his story, he should just make it open to the auditor general”.

Green leader Mike Schreiner agreed that Lysyk could provide the transparency the file requires. “We need the government to be honest with the people of Ontario what the costs of cancelling contracts is going to be,” he said. “The auditor general can provide an independent, honest assessment.”

While Rickford claimed the government had cancelled the projects because the province didn’t need the power, Ontario is looking at a looming electricity shortage in as little as three to five years. And the decision ignored the potential to replace expensive, carbon-intensive gas peaker plants with renewable generators the province already had under contract.