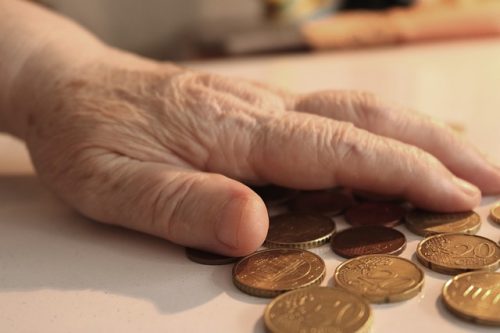 A group of sustainability specialists is out with a new online mapping tool to help policy-makers navigate the challenging nexus between the climate crisis, the housing crisis, and poverty, to ensure that no one is left behind in the transition out of a fossil economy.

Produced by Canadian Urban Sustainability Practitioners (CUSP), with support from the federal government and the Federation of Canadian Municipalities, the Energy Poverty and Equity Explorer allows policy-makers at all levels to more clearly see “the many faces of energy poverty,” says a CUSP news release.

Citing “the experience of households or communities that struggle to heat and cool their homes and power their lights and appliances,” CUSP stresses that energy poverty produces “multiple challenges and impacts,” including significant discomfort, food spoilage, and sacrificing essentials like medication or food to get the energy bill paid, as well as higher incidence of respiratory illness in children and mental health issues in adults.

Using 2016 Census data, the new tool “enables users to visualize different levels of home energy cost burden, along with other variables such as housing quality and affordability indicators, income and poverty status indicators, and racialization indicators,” the release says. The tool makes that data available “at various geographic scales as granular as the neighbourhood in urban areas.”

CUSP’s own assessment points to the importance of the mapping tool. “Preliminary analysis of energy poverty rates among racialized, recent immigrant, and Indigenous households indicates that the impacts of structural racism are evident in the higher rates of energy poverty likely to be experienced by traditionally marginalized communities,” the release states.

While “no one single factor is driving this trend,” the organization adds, “the disproportionate incidence of energy poverty underscores the need for an intentional response to address racial inequities.”

Such a response will be enabled by the fact that “the tool also includes demographic data that will allow policy-makers, program managers, and advocacy organizations working in climate action, poverty reduction, and social justice to investigate the extent to which energy poverty is exacerbating existing inequities and quality of life challenges for traditionally underserved communities.”

CUSP cites the absence of data from very small rural (and often Indigenous) communities as a critical gap in the online tool, explaining that privacy issues prevent Statistics Canada census-takers from collecting the information. This gap is important, “because many of these communities, particularly northern communities that are not connected to the electricity grid or natural gas network, tend to experience some of the nation’s highest home energy cost burdens.”

The tool is also unable to disaggregate renters who pay all their own utility costs from those who pay only a portion, or none at all. While the tool does not currently track transportation costs, CUSP expects to add that data by early 2020.