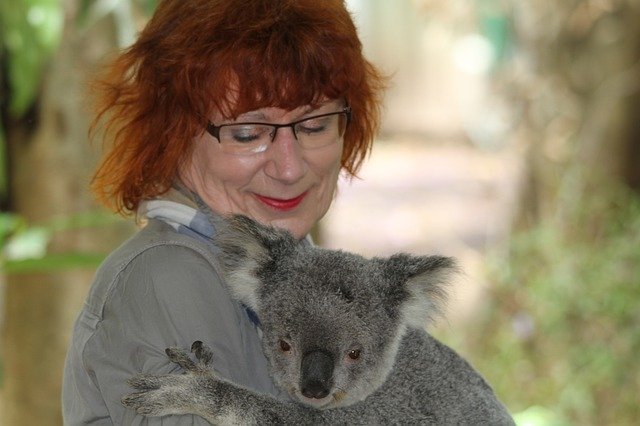 Update November 26: On her HEATED newsletter, veteran climate journalist Emily Atkin makes a great case that Forbes magazine overstated this story, in a case of needless climate apocalypse writing that did a lot of harm and no good. We’re not at all pleased that we were taken in, but we’re keeping the story online with this correction—to honour the more reasoned voices in the original story, and to flag how easy it is to undercut legitimate climate emergency reporting with false narratives.

The massive bushfires sweeping New South Wales, Australia have experts debating whether koalas are now “functionally extinct”, after flames killed more than 1,000 of the animals and burned 80% of their habitat.

The fires across the state had burned an area with a perimeter of more than 6,000 kilometres as of November 19, Wildfire Today (WT) reports, citing the NSW Rural Fire Service. That makes 2019 the state’s third-heaviest fire year since 1970—and Australia’s regular wildfire season hasn’t even begun yet.

“Functional extinction is when a population becomes so limited that they no longer play a significant role in their ecosystem and the population becomes no longer viable,” Forbes reports, in a post republished by WT. “While some individuals could [re]produce, the limited number of koalas makes the long-term viability of the species unlikely and highly susceptible to disease.”

Forbes explains that “deforestation and bushfires destroy the main nutrient source of koalas, the eucalyptus tree. An adult koala will eat up to two pounds of eucalyptus leaves per day as its main staple of nutrients. While eucalyptus plants will grow back after a fire, it will take months, leaving no suitable food source for koalas and starvation a likely scenario for many.”

The reports of the species’ functional extinction has brought a wave of online concern. “The koala is a beloved species inherently tied to the Australian identity, and its decline speaks directly to failures in combatting climate change,” CNet reports. “The species is an innocent bystander quite literally in the line of fire because of human inaction.”

While not all experts consider the koala functionally extinct, there’s no disagreement that it faces multiple long-term threats.

“I do not believe koalas are functionally extinct,” said Australian Museum koala geneticist Rebecca Johnson. “That said, the fires are likely to have had a huge impact on what we know are some extremely valuable populations who are important for the long-term survival of the species.” Other experts cited by CNet took similar positions.

At the same time, “this isn’t a way to downplay the current crisis: Australia’s extinction rate is the highest in the world, and local koala populations are being erased,” the U.S.-based media website adds. “Population numbers have declined dramatically in the last century. The recent spate of bushfires plays a role this decrease, but the bigger story is much more grim. Hunting, during the 1920s, killed hundreds of thousands of koalas. Urbanization has cut populations off from one another, lowering their genetic diversity and making them more prone to diseases like chlamydia. Habitat clearing has removed their food source.”

That makes koalas “the iconic reminder of what is happening more broadly to our biodiversity and our ecosystems, directly as a result of human impacts,” Johnson said. “They should be the catalyst to start and have these conversations to understand and protect all our biodiversity, because they aren’t the only species that needs protecting.”

Wildfire Today notes that a Koala Protection Act was introduced in Australia in 2016, and a movement is now taking shape to press the national government to adopt it. The legislation “would protect habitats and reduce or prevent hunting of the animals,” the article states.