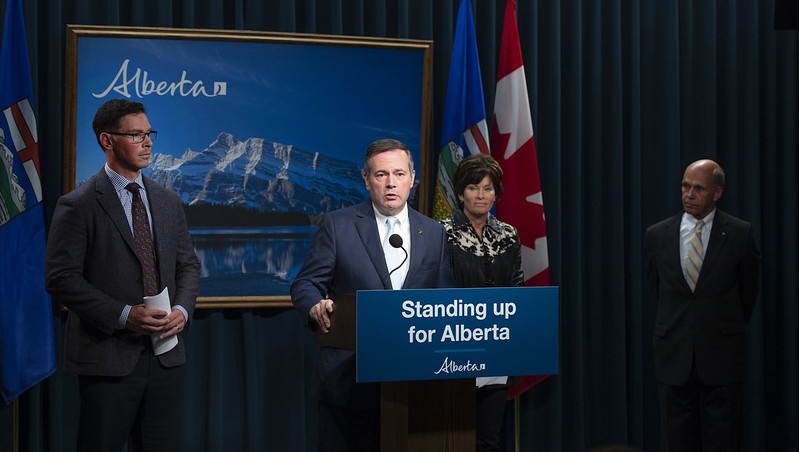 Environmental law charity Ecojustice has filed a legal challenge against the Kenney government’s C$2.5-million commission on supposed “foreign-funded radicals” opposing the Alberta fossil industry, asserting the probe was set up for “partisan political purposes” and has been tainted by bias in its operations.

“The inquiry has been called not to address a matter of pressing public interest, but to justify a predetermined intent to harm the reputations, economic viability, and freedom of expression of certain organizations who have opposed the Government of Alberta’s position with respect to oil and gas development,” said the judicial review application filed last Tuesday in Calgary.

The court application “says public comments made by the United Conservative Party, Premier Kenney, and Justice Minister Doug Schweitzer show the inquiry was not designed for independent fact-finding,” CBC adds. “Therefore, Ecojustice argues, the inquiry has been called for an ‘improper purpose’ outside the Public Inquiries Act, and Alberta’s lieutenant-governor did not have the authority to order it.”

Ecojustice maintains that key areas of focus for the inquiry, like the charitable status and funding sources of Canadian organizations, fall under federal jurisdiction, and therefore outside the scope of provincial legislation. The organization added that the inquiry’s terms of reference “predetermine facts that have not yet been independently established by the commissioner,” CBC notes. “For example, it presumes there is foreign funding of anti-Alberta energy campaigns, and that Canadian organizations disseminated false or misleading information about the province’s oil and gas industry.”

“Each of these predeterminations, made before any evidence had been put before the commissioner, transforms the inquiry from an independent fact-finding mission into a predetermined demonstration of misconduct, resulting in a reasonable apprehension of bias,” the application states.

Just like Alberta’s overblown allegations, CBC says none of Ecojustice’s claims have been proven in court.

The news report traces the history of the inquiry from July, when Schweitzer appointed Calgary insolvency accountant Steve Allan as commissioner. “Allan has close ties to Dentons, the Calgary law firm where Schweitzer had been a partner in the insolvency and bankruptcy division until his election in April,” CBC writes. “Allan is to be paid about $290,000.”

Earlier this month, news reports revealed that Allan awarded a $905,000, sole-source contract to Dentons, where his son Toby is a partner, donated $1,000 to Schweitzer’s campaign for the United Conservative Party leadership, and backed Schweitzer’s campaign for the UCP nomination in his provincial riding, telling several dozen contacts that “if the UCP wins, there is an excellent chance Doug will be in cabinet.”

Alberta’s ethics commissioner declined to investigate, explaining the commission falls outside her jurisdiction.

“There is absolutely nothing wrong with Commissioner Allan making donations to a political party or supporting a candidate,” Ecojustice lawyer Barry Robinson told CBC. “But then you cannot act as an independent commissioner considering allegations made by that same party.”

Strangely, there has been no word on whether Allan is investigating two potential cases of foreign-funded radicals that came to light over a 10-day period in June—Calgary-based Enbridge Inc.’s financial support for a pro-pipeline group in Minnesota, and U.S. foundation dollars directed to pro-fossil Rebel Media.