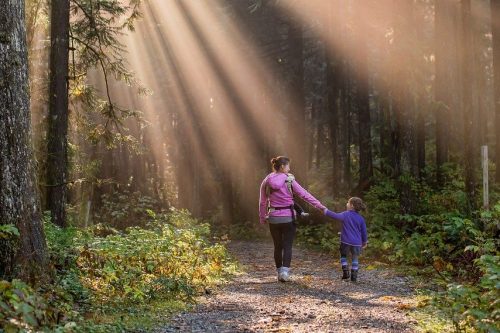 Rapid climate change should be the catalyst for Canada to embrace “a new type of protected area” devoted to sequestering carbon, argues Dan Kraus, senior conservation biologist at the Nature Conservancy of Canada, in an opinion piece for the Toronto Star.

He says carbon parks and reserves would support the country’s international commitment to protect 17% of its land and inland waters by 2020, while helping to conserve the “ecological services” that deliver nature’s benefits to people.

“Nature plays an important role in carbon storage and reducing carbon pollution,” Kraus explains. “When we lose forests, wetlands, and grasslands, we lose species and habitats. But we also lose the carbon these lands store in soil, roots, and stems.”

That connection is particularly important for Canada, since “there are few other places on the planet that have as much carbon stored,” he adds. “It’s been estimated that our northern lands hold an amount of carbon that is equivalent to one-fifth of all the carbon dioxide in the atmosphere today. The release of this carbon would be like a carbon bomb going off. It would move the Earth into uncharted levels of atmospheric carbon dioxide.”

Those carbon stores include the world’s biggest swath of peatlands—also known by their Cree name, muskeg—most of which are still intact.

“Peatlands cover only 3% of the planet’s surface, but store more carbon than all of the world’s forests combined,” Kraus writes. So “protecting our peatland along with forests and grasslands that hold carbon can be Canada’s most important global contribution to [addressing] climate change.”

That’s why a system of carbon parks in Canada “could play a critical two-for-one role,” he concludes. “Wetlands, forests, and grasslands store carbon, but also help to buffer nature and people from the increasing number of extreme weather events, such as floods and drought. The protection of these places also protects the quality of our drinking water and provides places for recreation.”