U.S. Fossils Stretching the Truth? Warren Has a Plan for That 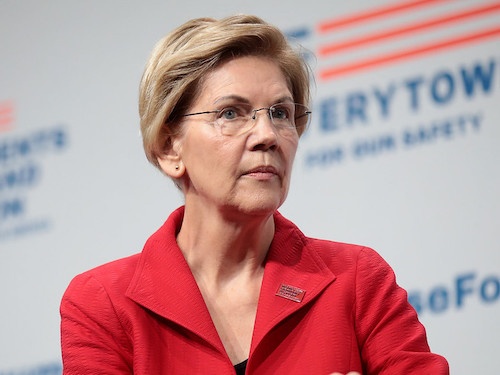 Sen. Elizabeth Warren (D-MA), for whom “I have a plan for that” has become a mantra in her campaign for her party’s 2020 presidential nomination, is proposing a “corporate perjury” law to crack down on corruption in industry and citing colossal fossil ExxonMobil as a poster child for why the measure is needed.

“Lying under oath is a crime known as perjury,” Grist writes, and “several candidates have sworn to hold the fossil fuel industry accountable for fraud and corruption. But Warren is the first to release a proposal specifically aimed at stopping corporations from misleading the public and regulators in the future.”

The three-pronged plan begins with a corporate perjury law that will hold executives legally accountable for knowingly lying to U.S. government agencies, with fines of up to US$250,000 or the threat of jail time for anyone found guilty. “Where companies engage in egregious and intentional efforts to mislead agencies in an effort to prevent our government from understanding and acting on facts, they will face criminal liability,” the plan states.

“In the second plank of her plan, Warren gets nerdy,” Grist reports. “Research that is not peer-reviewed—not evaluated by other experts in the same or a similar field—will not be eligible to be considered by federal agencies or courts. The same goes for industry-funded research. That is, it won’t be eligible unless whoever submitted it can prove that it’s free of conflicts of interest.”

And finally, Warren “hopes to reacquaint the public with the federal rulemaking process,” Grist adds. “She would create a national Office of the Public Advocate to guide people through the process of weighing in on new regulations,” in a bid to build public engagement with the process. That will help U.S. government agencies “make informed decisions about the human consequences of their proposals, rather than largely relying on industry talking points.”

“If they do harm to people, they need to be held responsible,” Warren said of corporate executives who pollute, at a recent presidential forum on environmental justice. “You shouldn’t be able to walk away from the injuries you create.”