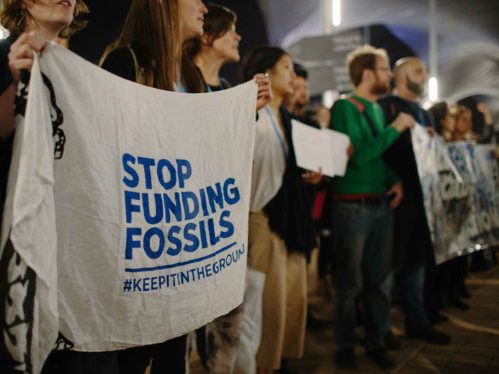 Canada’s fossil lobby is setting out to redefine the lavish government handouts it receives as anything but a subsidy, even as the federal finance department drags its feet on a binational peer review intended to quantify that funding as a first step to phasing it out.

The joint peer review with Argentina earned praise when it was first announced in 2018, part of a process for eliminating fossil subsidies deemed economically “inefficient” by 2025. But by February 2019, the review was bogging down. “Just to get dates or more information, it’s like pulling teeth—we don’t really understand why it’s so complicated,” Karen Hamilton, a program officer at Ottawa-based corporate accountability organization Above Ground, told National Observer at the time. “We don’t know where they’re at in their process.”

Nearly a year later, Julia Levin, climate and energy program manager at Environmental Defence, says government officials don’t expect to complete the review until 2021. “That’s just too slow,” she told The Canadian Press last week. “We have seen no evidence that the government is really making this a priority.”

CP says similar peer reviews conducted by the United States and China, Germany and Mexico, and Italy and Indonesia took 12 to 24 months, adding that the 2021 completion date would leave the Trudeau government only four years to keep its phaseout promise.

“The peer review is seen as a critical part of the process because there is no consensus in Canada between politicians, environment experts, and the energy industry about what ‘inefficient’ means or what constitutes a subsidy,” the news agency adds. “Earlier this year, Environment Canada released a discussion document for the peer review that found just four non-tax measures that might be considered a subsidy, but none were inefficient. The measures included aid to lower the cost of diesel for northern communities and funds to help oil companies reduce their own carbon footprint.”

Finance Canada is supposed to be producing its own review, but wouldn’t tell CP whether it’s complete.

Environmental groups estimate the full menu of tax credits and treatments, direct grants, loans, and export loan guarantees to oil, gas, and coal at more than $10 billion. CP lists some of the specifics, like the $1.6 billion Ottawa handed fossils last year to diversify their export markets, and Levin said the $4.5 billion the Trudeau government forked over to buy the Trans Mountain pipeline should also count as a subsidy.

But Canadian Association of Petroleum Producers President Tim McMillan claimed his industry receives no subsidies at all, on the basis that a tax measure isn’t a subsidy if it’s available to all companies.

On Friday, CP reported that “Canada’s $1.6-billion bailout package for Alberta’s battered oil industry is well under way,” with nearly $1 billion in companies’ hands but details available for only a small fraction of the spending.