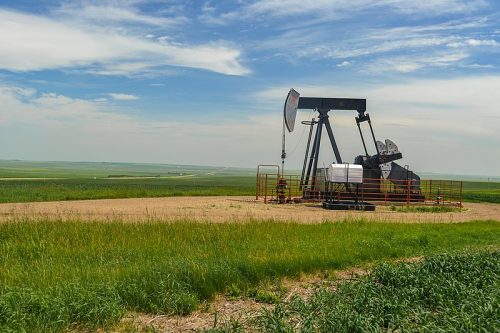 An astronomical 11,452 lobbying contacts from 46 fossil companies between 2011 and 2018—an average of more than six per regular work day over an eight-year span—amounted to “strategic, organized, and sustained lobbying” that helped to explain “the past and continuing close coupling of federal policy to the needs of the fossil fuel industry,” according to an analysis released earlier this month by the Canadian Centre for Policy Alternatives (CCPA).

The lobbying “intensified when public servants and politicians were considering pipelines to pump fossil fuels from Alberta to B.C.’s coast,” the Vancouver Sun reports. “Those projects included the since-scrapped Northern Gateway pipeline and the expansion of the Trans Mountain pipeline.”

The oil and gas industry “dominated the lobbying agenda in Canada during the study period, and it tended to ramp up efforts during key times, such as when Harper’s government was working on changes to the Canadian Environmental Assessment Act,” the Sun adds, citing the study. “Those amendments ultimately weakened federal environmental review of major industrial projects.”

“Presumably due to having far greater resources, the sector lobbied the federal government at rates five times higher than environmental non-governmental organizations,” study authors Nicolas Graham, William K. Carroll and David Chen add in an opinion piece for the Sun. “This is important because lobbying is intended to influence policy, and for this sector specifically, decisions related to major environmental assessment acts, national energy strategy, pipelines, and consultation processes with First Nations.”

The study “confirmed that lobbying is dominated by wealthy and corporate interests and is conducted largely away from public view, indicating a clear need to substantially tighten the federal Lobbying Act to enhance transparency,” the three authors write. “However, reforms are needed that go beyond increased transparency, to equalize opportunities for political influence between industry and civil society groups. Such democratizing measures can challenge and limit corporate power, which is critical to achieving sustained and robust climate action.”