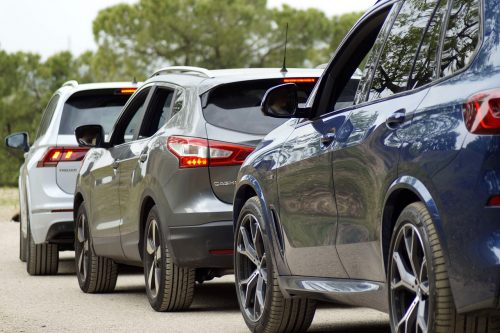 “We’ve said it before, and we will say it again: California will not back down when it comes to protecting our people and our environment from preventable pollution,” said Attorney General Xavier Becerra. “No matter how many times the Trump administration attempts to sabotage our environmental progress, we will fight for clean air.”

The suit, in which California has the backing of 22 other states, “marks the latest round in an escalating fight between the White House and California officials over how quickly the nation’s auto fleet must increase its fuel efficiency,” the Washington Post reports. “Already, the feud has led to several legal skirmishes, a divided automotive industry, and uncertainty in the nation’s car market.”

The Post traces the dispute back to an exemption under Section 177 of the 1970 Clean Air Act that allows California to set more stringent air pollution standards, and gives other states the option of following California’s lead. “EPA granted the state a waiver to set tailpipe emission standards in 2009, which is the one the agency is trying to pull back.”

EPA spokesperson Molly Black said Trump’s attack on the California standard “will help ensure that there will be one, and only one, set of national fuel economy and greenhouse gas emission standards for vehicles,” making it “clear that federal law pre-empts state and local tailpipe greenhouse gas emissions standards” as well as those for zero-emission vehicles. But the Washington Post cites at least one legal scholar who sees little prospect the White House effort will succeed.

“The Trump administration is on very weak footing in its attempt to revoke the waiver,” said New York University environmental and regulatory law specialist Richard Revesz. Calling the EPA action “unprecedented”, he added that the Act “does not contemplate the possibility that the federal government would revoke a waiver that had already been granted”.

The latest court action comes on the heels of a separate suit that California, 22 other states, and several cities filed against the U.S. National Highway Transportation Safety Administration (NHTSA) in September, arguing that the bid to pre-empt California’s tailpipe  emission standards “exceeds NHTSA’s authority, contravenes Congressional intent, and is arbitrary and capricious, and because NHTSA has failed to conduct the analysis required under the National Environmental Policy Act”.

The Post traces the history of the dispute, with the two federal agencies trying to revoke the waiver, and different automakers intervening on both sides of the case. “The episode has exposed a rare policy rift within the automotive industry—one that could pit powerful auto manufacturers industry giants against one another in a protracted legal battle.”

‘No Excuse for Inaction’ as Global Energy Efficiency Improvements Lag