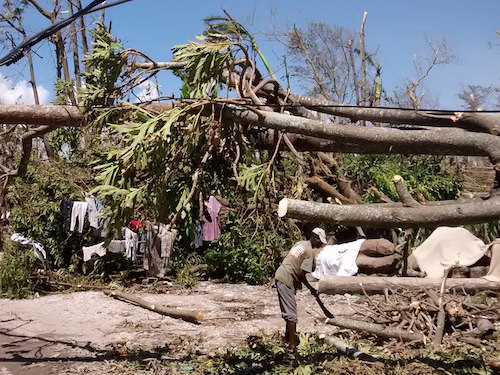 The International Energy Agency (IEA) is undercutting its own, essential role in confronting the climate crisis by downplaying renewable energy options and driving future investment to more expensive, higher-carbon fossil fuels, according to analysts responding to the release of its annual World Energy Outlook report earlier this week.

While the agency styles the Outlook as “the gold standard of energy analysis,” a growing chorus of critics “say it underplays the speed at which the world could switch to renewable sources of energy. The result, they say, is to bolster the case for continued investment in fossil fuel companies, undermining the fight against climate change,” Reuters reports.

The bottom line for greenhouse gas emissions is grim, The Guardian notes. “The IEA’s latest figures estimate that carbon emissions are on track to keep rising by 100 million tonnes a year for at least another 20 years under existing policy plans,” the paper writes. “This rate would be two-thirds slower than the emissions hikes recorded in previous decades, but would fall very far short of what is needed to achieve the goals of the Paris Agreement.”

“The world urgently needs to put a laser-like focus on bringing down global emissions,” IEA Executive Director Fatih Birol responds on the WEO page. “This calls for a grand coalition encompassing governments, investors, companies, and everyone else who is committed to tackling climate change.”

But the assumptions and limitations baked into the IEA’s own analysis play a large part in driving that urgency.

“The IEA is effectively creating its own reality. They project ever-increasing demand for fossil fuels, which in turn justifies greater investments in supply, making it harder for the energy system to change,” said Andrew Logan, senior director of oil and gas at the non-profit Ceres, a Boston-based clean investment transition group.

Through years of consistent criticism from and conversations with the Paris-based agency, outside analysts have shown that governments and industry treat the Outlook as a prediction of the future, with fossils only too happy to claim institutional support for their notion that demand for their climate-busting product will continue rising through the 2040s. Yet this week, the IEA insists it’s simply been misunderstood.

“If they criticize us, the only option that comes to my mind is that they don’t know exactly what we are doing,” Birol told Reuters last week. “They must be misunderstanding, or they must have been misled.”

But the news agency cites analyst Tim Buckley with the Institute for Energy Economics and Financial Analysis, pointing out that the WEO implies a current price of $90 per megawatt-hour for solar-generated electricity, when the current price in a booming U.S. industry is $40. As far back as 2017, industry analysts snarked back when Saudi Arabia reported a record-breaking bid of $17.90/MWh ($1.79 per kilowatt-hour) for new solar array—but the plummeting cost of solar, wind, and battery storage is hardly news to anyone outside IEA offices.

“The increased scrutiny of the World Energy Outlook shows how the once esoteric subject of energy modelling is becoming a focus of the mainstream investment community as worries over climate change intensify,” Reuters says. “Concerns among fund managers about the implications for their investments escalated after the world’s climate scientists issued a landmark UN-backed report late last year offering a stark assessment of the likely consequences of rising global temperatures.”

The IEA appears unmoved so far. But the pressure is mounting.

“There are two major problems with recent World Energy Outlooks,” writes Oil Change International, the research and campaign organization leading the charge on the issue, on its #FixtheWEO site. “First, most of the IEA’s flagship report is devoted to a business as usual scenario, which would lead to between 2.7 and 3.3°C of warming. Second, the WEO contains a climate scenario called the ‘Sustainable Development Scenario’ (SDS), but it is not aligned with the Paris goal of striving to limit warming to 1.5°C.”

On the contrary, the SDS “would exhaust the global 1.5°C carbon budget by the early 2030s. It assumes trillions of future fossil fuel investments will take place and pushes the world past 1.5°C, which would bring unacceptable harm to lives and livelihoods across the world. The IEA claims the SDS would deliver the Paris goals—but that’s only true if you assume major reliance on negative emissions from unproven technologies in the second half of this century.”

Then there’s the serious problem with the way the report is presented, received, and interpreted.

“Because the Stated Policy Scenario (STEPS)—a business as usual route—is given a primary focus in the WEO, it is routinely used by the media, investors, corporations, and governments as a prediction of future demand for fossil fuels,” Oil Change notes. “As such, the STEPS shapes decisions about investments and policies, including on some of the world’s most polluting energy developments.”

“More indirectly, the IEA’s central focus on the STEPS feeds a general expectation that fossil fuel demand will keep rising, something that can’t happen if we’re going to avoid the worst impacts of climate change,” the organization adds. “The IEA states publicly that the STEPS is only a model’s projection, rather than a prediction. But the IEA must take responsibility for how its products are used in practice –in this case, being used to justify significant expansion of fossil fuel supply and endanger the climate.”

News reporting on the latest WEO bears out Oil Change’s argument, with the coverage amplifying the IEA’s prediction that global demand for oil and coal won’t peak for another two decades, and output from a booming U.S. shale industry “is set to stay higher for longer than previously predicted”. Yet that scenario would “leave hundreds of millions of people still without access to electricity, early deaths due to pollution would remain at today’s raised levels, and carbon emissions would lock in severe impacts of climate change,” the Belfast Telegraph reports.

Under the IEA’s more ambitious but less-publicized Sustainable Development Scenario, “oil demand peaks within the next few years, universal energy access is achieved by 2030, and energy-related CO2 emissions fall 3.8% per year, to less than 10 gigatonnes in 2050, to put the world on track to achieve net zero emissions by 2070,” Climate Home News adds. “On this trajectory, the IEA found the world would have a two in three chance of limiting global temperature rise to 1.8°C without having to remove CO2 from the air by producing bioenergy with carbon capture and storage (BECCS), for instance.”

Using that kind of unproven, untested, and potentially dangerous carbon capture technology to clear the emissions overshoot it so steadfastly predicts, the IEA sees a 50% chance of hitting a 1.5°C target for average global warming by 2070, 20 years beyond the widely-accepted deadline of 2050.

“The IEA acknowledged there are ‘uncertainties’ about the scale, impacts, and costs of negative emissions, which require large amounts of land, potentially conflicting with food production,” Climate Home writes. “But its scenario is only modelled to 2050 and does not assess whether the deployment of negative emissions at scale in the last part of the century is feasible or sustainable.”

In a blog post this week, Oil Change research analyst Kelly Trout notes that WEO 2019 fails to put climate ambition at the centre of its modelling, reflect the full ambition in the 2015 Paris Agreement, or “embrace precaution on large-scale deployment of unproven technologies”—but succeeds in pointing “towards unsustainable levels of fossil fuel investment.” She cites Bloomberg columnist Liam Denning, who set out the problem in his own post earlier this year.

“When I use Google Maps, it gives me several options, but I usually take the one it highlights without thinking too much about it,” Denning wrote. The WEO is “a map used by the people, companies, and institutions planning and building the roads. If its scenarios point a certain way, then investments will be made accordingly in such things as power plants, pipelines, and oil and gas fields, facts on the ground with multi-decade lifespans.”

Which is how the IEA, despite some “small, positive changes” in this year’s WEO, “continues to give a pathway towards climate breakdown the central position in WEO 2019 rather than prioritize the shift towards renewable energy that we need,” Trout writes.