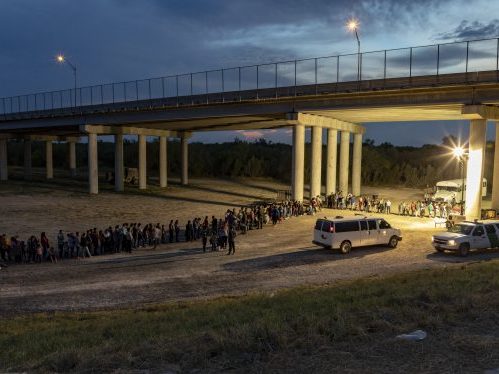 The sprawling private prison system in the United States is a direct beneficiary of a climate crisis that is putting millions of people at the mercy of a growing “border-industrial complex”, author and journalist Todd Miller writes in a recent opinion piece for Al Jazeera.

“The survival of private prisons depends on keeping a consistent and increasing number of people incarcerated, and today immigrants serve as this predatory industry’s primary cash generators,” writes Miller. Citing a report by the New York Times, Miller says that in 2018, “private companies incarcerated about 9% of the total U.S. prison population, but 73% of immigrant detainees.”

And while violent crime, poverty, and corruption are most often cited as primary factors in the recent human exodus from Central America and Mexico to the American border, “a growing body of evidence points to climate change being the ‘silent driver’” behind that flight—whether directly, or by exacerbating existing stressors.

“The connection between displacement and climate change is not exclusive to the Americas,” Miller adds, citing both the Syrian civil war and the rise of Boko Haram in northeastern Nigeria to illustrate the nexus between the climate crisis, violent conflict, and the consequent displacement of millions of people.

Such brutal pilgrimages to nowhere are likely only the beginning, he writes, pointing to a recent estimate by the International Committee of Red Cross that the climate crisis will have pushed 150 million people into conditions requiring humanitarian assistance by 2030. “This builds upon alarming predictions from the World Bank and the UN’s International Organization for Migration that there could be 143 to 200 million climate migrants by 2050,” he adds.

Noting that “Western governments from Washington to Canberra view the climate crisis through the lens of national security,” and are “constantly looking for ways to separate themselves from its consequences,” Miller says preventing the climate-displaced from being hunted down by border patrols and incarcerated behind walls and in cages will call for more than just action against individual prisons or detention centres. He calls for a wider focus on a “border-industrial complex” that sees “climate migrants not as people, but [as] ‘security threats’”—and pays private companies to expedite their removal by whatever means necessary.

He adds that complex has “grown strong enough to help shape national immigration policies and fuel militarization and human rights abuses across the world”. It has found particularly fertile ground in the United States, whose “dependence on [the] industry has reached the point where its budget for border and immigration control has gone up more than 15-fold in the last 25 years and increased by an astonishing 133,567% since 1980.” In Europe, he says the cost of border security is on track to rise from between US$7 and $9 billion in 2009 to $57 billion by 2022.