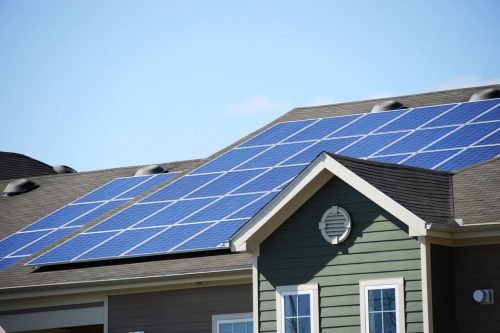 Alberta has reclaimed the dubious distinction of being the only North American jurisdiction with virtually no government support for energy efficiency programs, after mostly cancelling the rebate and incentive programs that had delivered C$692 million in energy savings, $850 million in economic impact, and 5.7 million tonnes of potential greenhouse gas emission reductions in their first two years of operation.

The Herald says the province will continue to support a green loan guarantee program for financial institutions and a networking organization for energy efficiency professionals. “Among the programs that have been eliminated are the residential and commercial solar program which provided incentives to businesses and homeowners to install solar panels on their rooftops, and the home improvement program, which offered rebates for new windows, insulation, tankless water heaters, and more,” the paper notes.

“Also gone is the online rebate program through which Albertans could submit receipts for new appliances, smart thermostats, and other purchases that improve energy efficiency.”

“Albertans made it clear over the course of the election that they have no interest in taxpayer-subsidized home renovations schemes,” said Jess Sinclair, spokesperson for Environment Minister Jason Nixon. But in Medicine Hat, where falling as prices have forced operators to shut down 2,000 wells and the jobs that go with them, the owner of Energy Plus Insulation, Obi Sadden, said the efficiency programs created work at the same time that they helped the environment.

“Coming when it did, during a severe downturn in the economy, that program was a blessing for those of us working in energy efficiency,” he told the Herald. “Without it, there’s going to be a lot of closed doors. People are going to go broke.”

“Energy efficiency is typically non-partisan,” said Efficiency Canada Executive Director Corey Diamond, who noted that Alberta was the only state or province with no government energy efficiency programs when the new agency was set up in 2017.

“This stuff usually happens whether you have a Conservative or a Liberal or an NDP government. In the U.S., Republican and Democratic states all see the value in it. This shouldn’t be one of these contentious issues.”

Provincial NDP environment critic Marlin Schmidt added that the programs delivered a $3 return for every dollar they received in government investment. “Cancelling Energy Efficiency Alberta means throwing away millions of dollars of private investment and thousands of jobs down the drain,” he said. “Cutting these programs costs more than it saves, and Albertans will be worse off.”