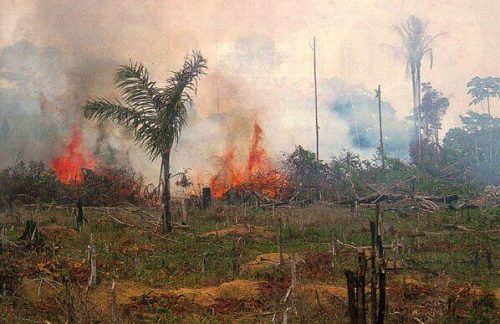 Life is on the move. Everywhere, the mix of creatures is changing for better and worse. The world’s species remain diverse. But for how long?

LONDON, 30 October, 2019 – Biodiversity – that vital mix of the world’s species, insects, worms, birds, mammals, fish, amphibians, microbes, plants and fungi that make up an ecosystem – is being reorganised. Change is happening almost everywhere on land and much faster in the seas that cover seven-tenths of the globe.

But when an international team of researchers looked at 239 studies that catalogued 50,000 changes in the living world over the decades, they arrived at a paradoxical puzzle.

The composition of an ecosystem is being altered, and altered sometimes at speed, by rising temperatures driven by human use of fossil fuels, by human colonisation of the grasslands, forests and wetlands, and by human disturbance of coral reefs, sea meadows, mangrove swamps and other submarine habitats.

But on average, the richness of life – the sheer numbers of species – in the world’s more closely studied ecosystems has remained much the same: that is, as some creatures or growths vanish from a cloud forest or an estuarine mudbank, the space they occupied is colonised by newcomers more comfortable with change.

“Our study shows that biodiversity is changing everywhere, but we are not losing biodiversity everywhere. Some places are recovering and adapting,” says Maria Dornelas of the University of St Andrews in the UK.

“When biodiversity is in the news these days, it is often because the Amazon is on fire, or there is a global mass mortality event in coral reefs,  and rightly so, because this is terrifying news.

“However there is a lot of recovery taking place silently in the background, and many places where not much is happening. Our study puts these things on the map and shows they are not contradictory.”

The finding seems to question two decades of scientific orthodoxy: that because of human action, species are being extinguished at an accelerated rate. Extinction is a part of evolution, but biologists calculate that it is now happening at least a thousand times faster than the average rate for the past 500 million years.

And humans are to blame for the “sixth mass extinction” which threatens perhaps a million species and is likely to be made worse by global heating and the climate emergency. Species are vanishing from ecosystems at the local level, and globally.

The latest study, in the journal Science, suggests that the big picture is more complicated: as environments change, so does the mix of local species. Some migrate, some adapt, some invade. Overall, the richness of the local population may not change a lot.

But this finding may not be inconsistent with global alarm about species loss on a massive scale as human numbers go on rising, and levels of greenhouse gas continue to soar. Change is happening faster in the tropics, those regions with the greatest variety of life. The dangers have not evaporated.

Philip Martin, an ecologist at the University of Cambridge, who was not involved in the research, tells Climate News Network that any finding that, on average, 28% of species were being replaced each decade should be a worry.

It might be that local species with narrow ranges were being replaced by more resilient plants or animals capable of surviving a much wider range of conditions: if so, the numbers of species in any local ecosystem might remain stable but the variety of life overall could still be diminished.

“As such, a sixth mass extinction could still be happening while local scale richness shows little change,” he warns.

And the paper’s authors make a parallel point: there is no case for complacency. “If these trends are maintained, this could lead to a dramatic restructuring of biodiversity, with potentially severe consequences for ecosystem functioning,” says Shane Blowes of the Centre for Integrative Biodiversity Research at Halle-Jena-Leipzig in Germany.

And Andrew Gonzalez of McGill University in Canada says: “The Earth is going through a great geographic reorganisation of its biodiversity in response to human activities and climate change. Given what we know it is likely this will continue for decades to come.” – Climate News Network