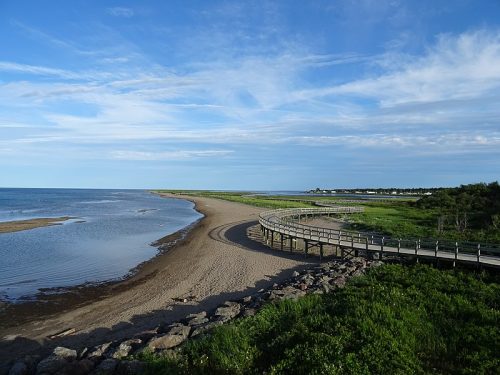 New Brunswick is earning praise from conservation groups after promising to more than double its protected lands and freshwater, from 4.6 to 10% of the province, by the end of next year.

“The government understands the importance of conserving natural areas as part of an overall approach to meeting forest and land management objectives,” Natural Resources and Energy Development Minister Mike Holland said in a release. “This includes adapting to climate change, protecting biodiversity, protecting wetlands and watersheds, and protecting species at risk.”

Roberta Clowater, executive director for the New Brunswick chapter of the Canadian Parks and Wilderness Society, called the announcement unprecedented, adding that “the commitment to protect at least 10% of New Brunswick for nature, in law, will help conserve water, wildlife, and the natural areas that support all of our communities”.

The New Brunswick announcement, supported by C$9.3 million from the Canada Nature Fund, is part of a country-wide effort to increase protected areas from 11.8 to 17% by the end of 2020. In July, CPAWS “called on the federal government to protect or restore 30% of land and inland waters in the country by 2030,” CBC notes.

At the time, Clowater said the province would face a “nature emergency” if it didn’t amp up its conservation efforts. This week, she said it’s not yet clear what areas will be protected, but cited the Restigouche River area in northwestern New Brunswick as a priority.

“It’s a critical area for Atlantic salmon,” among other species, she told CBC. “It’s also very important for the whole of northern New Brunswick’s tourism, and lots of tourism jobs depend upon it.”