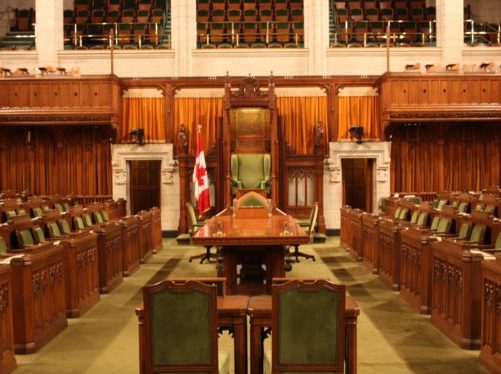 With a new minority government about to take office in Ottawa, the fossil lobby is getting to work, aiming to extend its influence to smaller parties in the House of Commons that may have received less of its attention when Justin Trudeau’s Liberals held a parliamentary majority.

“The Liberals won only a strong minority of seats in the House of Commons in the October 21 election,” the Globe and Mail reports. “That means Prime Minister Justin Trudeau will require the co-operation of other parties to pass legislation, and that the Liberals will no longer have a majority of seats on parliamentary committees. Both factors mean that opposition parties will have more influence than usual to change legislation.”

That shift in parliamentary dynamics is a cue for Global Public Affairs Vice-President Ted Gruetzner to advise his clients “to tell their stories to all parties, no matter what their energy policies are,” the Globe says. The clients for whom Gruetzner holds a federal lobbying registration include Petronas Energy Canada Ltd. and Conoco Phillips Canada.

“It’s easy to talk to people who agree with you,” he said, but “you have to work with the people who are there.”

Canadian Electricity Association President Francis Bradley agreed that it will be crucial to keep in contact with all the caucuses when the governing party has less control over the legislative agenda. “The electricity sector always approaches advocacy from a cross-partisan basis,” he told the Globe. “Everyone uses electricity, after all.”

Anne McGrath, a former chief of staff to then-NDP leader Jack Layton and principal secretary to then-Alberta premier Rachel Notley, now an associate at Hill+Knowlton Strategies, described minority governments ase a time of “creative energy” for lawmakers. “In a period where Parliament is volatile, with a lot of confidence motions and things like that, it’s actually a good time to try to influence policy,” she told the Globe’s Chris Hannay. “But it’s a bad time to try to get face time with members of Parliament, because it can be quite a roller coaster.”

With the Conservative, NDP, and Bloc caucuses each holding enough votes to help the governing Liberals pass legislation, the Globe points to those parties’ “very different views on the important [fossil] energy issues that will come before Parliament”: support for more fossil infrastructure on the part of the Conservatives, opposition to new pipelines from the NDP and the Bloc. The story cites the Trudeau government’s Clean Fuel Standard as a “key Liberal promise that will come into play in the next Parliament”.