Climate Change Puts 100% of Arctic Bird Species at Risk, But Fast Action Can Stem the Impact 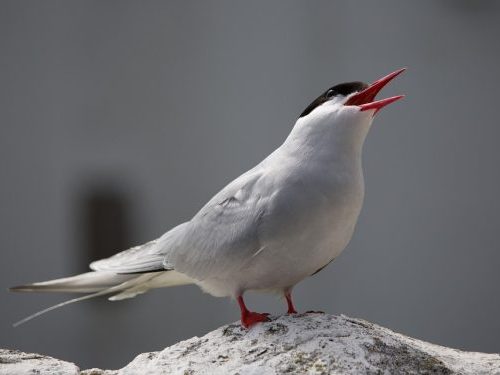 Should humanity fail to keep average global warming below 2.0°C, 100% of all Arctic bird species and 98% of those that make their homes in the northern boreal forest will be at high risk of extinction.

The study, titled Survival by Degrees: 389 Species on the Brink, shows that many more birds are far more vulnerable to global warming than had been previously thought, said Jeff Wells, vice-president of Audubon’s boreal conservation division. Humans ignore such dire findings at their peril, he added, since “birds are living off the same Earth that we are.”

Focusing on habitat loss driven by climate change, Audubon researchers concluded that “389 bird species, or 64%, would be at least moderately threatened with extinction by 2100.” And “the news for Canada is much worse,” CP states: the Arctic tern and the snowy owl, along with “everything from tiny songbirds to big raptors”, will vanish from Canada’s waters, forests, and skies if warming continues at its present rate.

While birds “fleeing southern habitats that had become too warm” may find a temperate north suited to their survival—as crows and magpies already seem to be doing, CP notes—“northern birds would have nowhere left to go,” Wells said.

Audubon’s latest findings come on the heels of a widely-reported study in the journal Science which concluded that North America’s bird population has declined almost 30% since 1970. But Audubon says further catastrophic losses aren’t inevitable. If governments “enact measures to keep warming at 1.5°C, the number of species threatened with extinction would drop to just under half,” CP writes, “and the number of species in the highly threatened category would fall by three-quarters.”

Likewise critical in shifting the odds towards avian survival will be the restoration of habitat and conservation of large expanses of wilderness, especially breeding territories.

In an August post for Audubon, Wells pointed to a landmark agreement in which the Lutsel K’e Dene First Nation, on the shores of Great Slave Lake in the Northwest Territories, “gave the world a massive gift: the permanent, final establishment of a new Indigenous Protected Area that encompasses a landscape of astonishing size.” At more than six million acres (2.4 million hectares), the area is more than twice the size of Yellowstone National Park, with forests and wetlands that are essential to a dizzying list of water birds, shorebirds, and waterfowl. It’s also “at the heart of barren-ground caribou country,” he wrote.

The Thaidene Nene is also “one of the only protected areas in Canada that contain portions on both sides of the tree line, where northern trees and greenery of the boreal forest slowly fade into vast expanses of vibrant yellow and red Arctic tundra,” he added. That makes the area a “critical buffer for northern plants and animals struggling to cope with climate change, acting as a transitional bridge for species in pursuit of better habitat should their current one become unsuitable.”