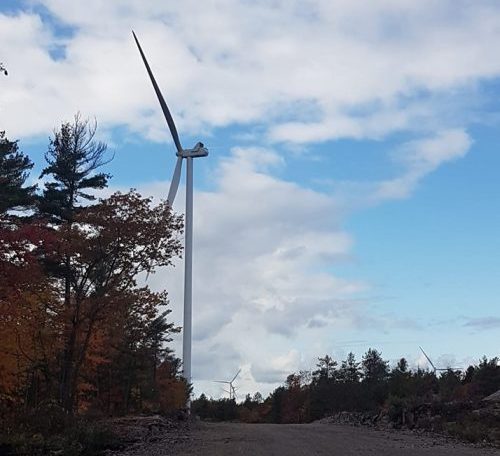 “It’s an honour to partner with Henvey Inlet First Nation on this historic project that created hundreds of local jobs and is now providing a strong new source of revenue for the First Nation,” said Pattern CEO Mike Garland. “Renewables are helping to reduce the impact on our environment caused by climate change, and this new facility is now generating clean, homegrown energy for 100,000 homes each year without any harmful emissions.

Moreover, “as Anishinabek, we are proud to contribute to a green economy and are proactively moving forward in a time of climate change.”

Northern Ontario Business says Henvey Inlet, with 87 3.45-MW turbines from Vestas and a 20-year power purchase agreement with Ontario’s Independent Electricity System Operator, is expected to produce more than C$10 million per year in income, employ 20 permanent staff, and create 100 indirect jobs. “The construction process alone generated around $25 million in direct economic activity for local First Nations businesses,” the publication states. “At the peak of construction, there were 1,000 workers onsite, nearly one-third of them being First Nations citizens.”

In Alberta, meanwhile, “the Rattlesnake Ridge Wind project will be located southwest of Medicine Hat and produce enough energy to supply the equivalent of 79,000 homes,” The Canadian Press reports, citing Calgary-based BHE Canada, a subsidiary of Buffett’s Berkshire Hathaway Energy.

“For us it’s just opportunity in Alberta,” said BHE Vice-President of Corporate Development Bill Christensen. “The technology has improved, the wind regime is strong in Alberta. That and our ability to identify a good off-taker (power customer) has resulted in an opportunity for us to invest.”