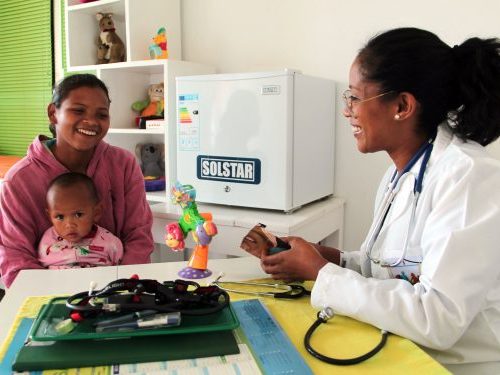 With 44% of the world’s annual pregnancies unwanted, the global population projected to hit 10.8 billion by 2100, and the need to curb greenhouse gas emissions growing ever more urgent, the New York-based Population Council is urging especially sub-Saharan leaders to expand access to contraception.

With both global temperatures and resource scarcity on the rise, “finding ways to reduce unwanted births should be a priority,” the Council states in the journal BMJ Sexual & Reproductive Health—even though the Thomson Reuters Foundation says the recommendation will run into fears of unwarranted pressure to restrict births.

Demographer and Population Council vice president John Bongaarts told Thomas Reuters he’s sympathetic to the concern, adding that “the one-child policy in China is something nobody ever wants to repeat. So there’s significant worry that some governments will take an approach that is too coercive.”

But he said some countries, like Ethiopia, are tackling the charged issue, training thousands of young women as community health workers who “travel from village to village, offering basic health care, advice and free contraception.” Thanks to that outreach, “contraceptive use is now close to 40% in the country,” Thomson Reuters writes, “and the lower birth rate has cut demand for [often highly carbon-intensive] construction of more schools, roads, clinics, and other government facilities.”

Contraceptive use remains very low in countries like Nigeria, however, where efforts to reduce population growth rates are hampered by both faith and economics. “Policies that allocate income from the country’s oil resources by numbers of people give its provinces little incentive to hold down population, though some are trying,” Bongaarts said. Thomson Reuters says one United Nations estimate has the country’s population growing from 180 million today to 750 million in 2100.

Without lower birth rates, the sub-Saharan population as a whole will hit four billion in that year, resulting in “greater hunger, migration, and unrest, as young people fail to find enough work and governments struggle to provide services, particularly as climate pressures such as droughts and harvest failures grow,” Bongaarts warned. And these “many, many problems…will spill over to the rest of the world.”

While government and philanthropic dollars are available to improve contraception access, he added, “leaders have to say this is important. That’s how social norms change.”