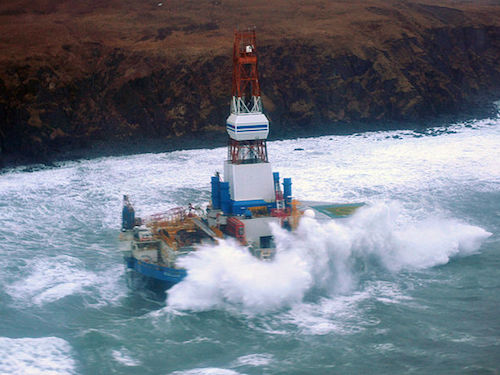 More than half of Canadians support a permanent ban on Arctic oil and gas drilling, and nearly two-thirds of northerners want the current ban extended to 2026, according to an Environics Research poll released last week by WWF-Canada.

“While candidates across the country debate Canada’s fossil fuel future and the climate crisis, a solid majority of Canadians have already made up their minds when it comes to oil and gas development in Canada’s north,” WWF writes in a release, with 58% in the provinces and 65% in the territories supporting a ban on new oil and gas licences through 2026.

“When it comes to a permanent ban on offshore drilling, just over half of Canadians support that policy, compared to around 40% who are opposed.”

“What does each party plan to do should they form government—start drilling for Arctic oil, extend the moratorium, or pass a permanent ban?” asked WWF-Canada President and CEO Megan Leslie. “Will the wishes of Canadians be respected or ignored? These are the questions that candidates and leaders must be asked. The rest of us have already answered.”

“As we saw during the massive September 27 climate strikes, Canadians are extremely concerned about climate change and the environment,” added Arctic Oil and Gas Senior Specialist Mark Brooks. “Our next government must listen to the majorities in both the north and south who want the Arctic drilling moratorium extended or made permanent.”

With Canadians going to the polls in five days to decide the composition of the next Parliament, “Canada’s next government must decide whether to renew or lift the federal Arctic oil moratorium on new licences, which expires in 2021,” WWF notes. “The Nunavut Impact Review Board has already recommended extending the ban in Baffin Bay and Davis Strait for ‘at least a decade’ due to knowledge gaps of the local environment and an overall lack of regulatory, industry, and infrastructure readiness in Nunavut.”

While “the previous Northwest Territories government supported lifting the Arctic oil moratorium and various federal politicians and industry leaders have promoted the Arctic’s potential for oil and gas development,” the release adds, “public opinion is unequivocal.”