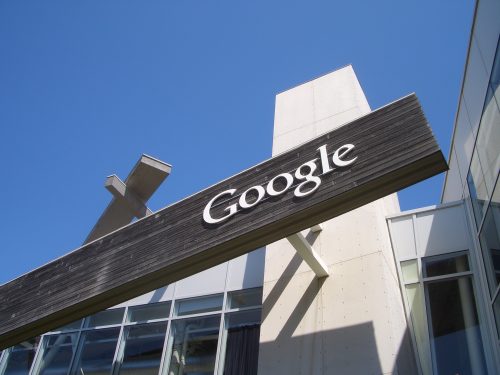 While consistently claiming to support political action to get global warming under control, Google has made “substantial” donations to “some of the most notorious climate deniers in Washington,” The Guardian reports, as part of its multi-story exposé last week on the forces driving the climate crisis.

“It donates to such groups, people close to the company say, to try to influence conservative lawmakers, and—most importantly—to help finance the deregulatory agenda the groups espouse,” the UK-based paper writes. “A spokesperson for Google said it sponsored organizations from across the political spectrum that advocate for ‘strong technology policies’.”

“We’re hardly alone among companies that contribute to organizations while strongly disagreeing with them on climate policy,” the spokesperson told The Guardian, noting that Amazon stands right alongside Google as a funder of the Competitive Enterprise Institute, a conservative group that played a key role in Donald Trump’s decision to pull the United States out of the 2015 Paris Agreement.

“CEI has opposed regulation of the Internet and enforcement of anti-trust rules, and has defended Google against some Republicans’ claims that the search engine has an anti-conservative bias,” The Guardian explains. “Google is also listed as a sponsor for an upcoming annual meeting of the State Policy Network (SPN), an umbrella organization that supports conservative groups including the Heartland Institute, a radical anti-science group that has chided the teenage activist Greta Thunberg for ‘climate delusion hysterics’.”

To critics inside the environmental community and beyond, the trade-off isn’t acceptable, The Guardian states.

“You don’t get a pass on it. It ought to be disqualifying to support what is primarily a phoney, climate-denying front group. It ought to be unacceptable given how wicked they have been,” said U.S. Senator Sheldon Whitehouse (D-RI), a vocal climate action proponent.

“What all of corporate America should be doing is saying if you are a trade organization or lobby group and you are interfering on climate, we are out. Period,” he added.

Google declined to disclose to The Guardian how much it had invested in climate denial organizations. Online, the company lists donations to the Democrat-affiliated Center for American Progress, alongside right-leaning and libertarian groups like the Cato Institute, which has opposed climate legislation in the U.S. and questioned the severity of the climate crisis. Other beneficiaries include the Koch-funded Mercatus Center think tank, and the Heritage Foundation and Heritage Action, both of which lined up against the Paris deal.

350.org co-founder Bill McKibben called Google’s position “functional greenwashing”, adding that the company had failed to deploy its own lobbyists in favour of climate action.

“Sometimes I’ll talk to companies and they will be going on and on about their renewable server farm or natural gas delivery, and I say thank you, but what we really need is for your lobbying shop in Washington to put serious muscle behind it. And they never do,” McKibben told The Guardian. “They want some tax break or some regulations switch and they never devote the slightest muscle behind the most important issue of our time or any time.”

“We’ve been extremely clear that Google’s sponsorship doesn’t mean that we endorse that organization’s entire agenda—we may disagree strongly on some issues,” a company spokesperson responded. “Our position on climate change is similarly clear. Since 2007, we have operated as a carbon-neutral company, and for the second year in a row, we reached 100% renewable energy for our global operations.”