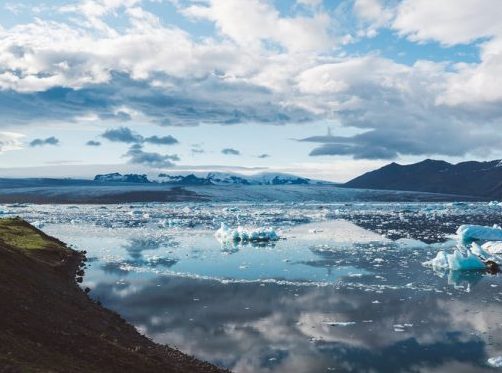 With the party leaders sprinting toward their last televised debate last night, the climate crisis continued to place among voters’ top ballot box concerns, opinion polls pointed to the likelihood of a minority government, and Conservative leader Andrew Scheer was fending off criticism that his campaign manager was in a conflict of interest, after helping the fossil lobby place election-related advertising on social media.

On Wednesday, an Ipsos-Global News poll found 29% of Canadians identifying climate change as one of their top three voting issues, second only to health care, at 35%. Affordability and taxes came next, at 26% each.

Ipsos Vice President Sean Simpson said he’d “never seen climate change quite so high” on Canadian voters’ agendas, now becoming a “central point” of discussion on the campaign trail and a key motivator for voters. “Even six months ago, climate change wasn’t on the top five list of issues keeping Canadians up at night,” he told Global.

Daily tracking polls from all the major opinion researchers and news organizations showed a split electorate, with the Liberals and Conservatives consistently polling within a couple of percentage points of each other, New Democrats and Greens running third and fourth, the Bloc Québécois resurgent in the one province where it fields candidates, and no party easily on track to win enough seats to pass legislation unassisted.

On the campaign trail, Liberal leader Justin Trudeau talked climate vulnerability on a trip to Nunavut, the Vancouver Sun cited the Trans Mountain pipeline expansion as a key issue for British Columbia voters, and the Toronto Star found that “it’s two worlds out there, two Canadas,” with Conservatives racking up record-high majorities in Alberta, Saskatchewan, and Manitoba—high enough to produce percentages that make the national race look closer than it might actually be.

On Wednesday, the Globe and Mail revealed that a company co-founded by Scheer campaign manager Hamish Marshall, One Persuasion (also known as One Persuades), had received C$15,404 from the Canadian Association of Petroleum Producers for online advertising. The firm has also been working for the Conservative Party. Marshall is on a leave of absence from his regular day job while he runs Scheer’s campaign.

“Under changes to the Canada Elections Act that are in place for the first time this campaign, it is against the law for a political party to collude with a registered third party in areas such as advertising,” the Globe notes. “Elections Canada’s guidelines outline various scenarios and state that whether specific actions meet the threshold for collusion will depend on the circumstances of each case.”

One Persuasion partner Dan Robertson was adamant the company was staying on the right side of the rules. “We obviously know that there will be close attention paid to our work because of his role on the campaign,” he told the Globe. “Therefore [Marshall]’s leave is rigorously observed. There have been no communications between him and us concerning any of One Persuasion’s business activities or relationships. That includes our relationship with the Conservative Party and our other clients.”

By Thursday morning, Scheer was devoting time and attention to denying that Marshall was in a conflict, the Globe reports.