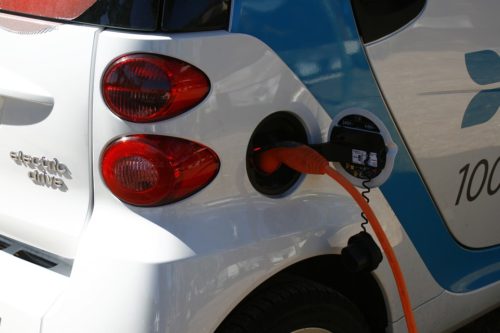 The United Kingdom stands to lose billions of pounds per year in gas tax revenues as drivers increasingly shift from internal combustion to electric vehicles.

“Fuel duties raise £28 billion (US$35 billion) –almost 4% of total government receipts—and all of that will disappear in coming decades unless action is taken,” The Telegraph reports, citing a report last week by the London-based Institute for Fiscal Studies (IFS).

That prospect adds “a huge long-run fiscal challenge” to the UK government’s commitment to a 2050 zero net emissions target, the Institute adds.

The study concludes that “new motoring taxes should reflect distance driven and vary according to when and where journeys take place,” The Telegraph states, citing the IFS report. “There is also a case for introducing a flat-rate tax per mile driven, it argued.”

The Institute also called for faster action to back up the emissions goal with a sound financial plan. “The longer the government puts off change, the harder it will be, as many people are switching to hybrid or electric vehicles in the expectation of paying little tax on them,” The Telegraph notes.

“The government should set out its long-term plan for taxing driving, before it finds itself with virtually no revenues from driving and no way to correct for the costs—most importantly congestion—that driving imposes on others,” said IFS economist and report co-author Rebekah Stroud.