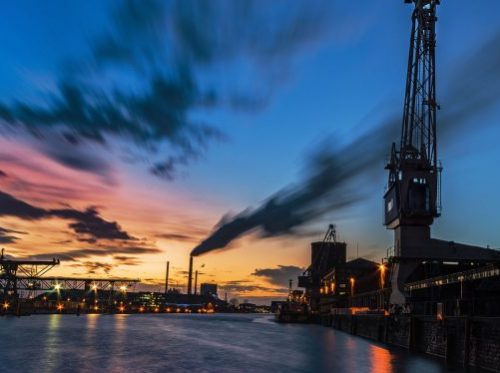 The overheated wish list that Canada’s oil industry is putting forward in this month’s federal election would use up 60% of the entire country’s 2030 carbon budget under the Paris Agreement, Toronto-based Environmental Defence concludes in a scathing analysis released Monday.

If fossils get their way, and “if Canada is to meet its Paris pledge, the collective emissions of British Columbia, Manitoba, New Brunswick, PEI, and Nova Scotia plus the three territories would have to disappear entirely by 2030 just to make room for the growth in oil and gas emissions,” the report states. “Another option: entire sectors (electricity, heavy industry, buildings, or agriculture) would have to eliminate more than they currently emit.”

The only other scenario “is one that will likely create runaway climate change.”

Against that backdrop, “I urge you as leaders of Canada’s federal political parties to stand up for Canadians in the face of pressure from the oil and gas lobby,” writes Environmental Defence Executive Director Tim Gray, in an open letter to federal party leaders. “That means disregarding the wish list of the Canadian Association of Petroleum Producers (CAPP). If implemented, those measures would not only increase, but accelerate, the climate and environmental impact of oil and gas companies in Canada.”

“For the industry to completely ignore the science of climate change and to demand policies that would lead to climate chaos is incredibly irresponsible,” added National Program Director Dale Marshall. “In the middle of an election, we’re urging parties to abandon—to disregard—this election wish list, because it really would doom a lot of Canadians to a future that’s less bright than the one we have now.”

“Despite the oil industry’s loud protestations to the contrary, it is becoming increasingly tenuous to characterize the interest of oil and gas companies as the interest of the Canadian public or of individual citizens,” it states.

“For the public interest to be served, the costs of oil and gas development would be primarily borne by petroleum companies, while benefits would be spread across society,” the report adds. But “this is less and less the case. Oil and gas production continues to expand, yet public benefits from that economic activity are being continuously eroded. Meanwhile, the costs of oil and gas development continue to rise, with governments and citizens increasingly picking up the tab.”

With the country warming at twice the global average rate and seeing an alarming uptick in climate impacts and disasters, “Canada is bigger than oil,” the report concludes. “The opportunities that are available to Canadian businesses, citizens, and governments get shortchanged when one industry is able to hijack public policy on energy development and environmental protection.”In April, the Globe and Mail reported that fossils were meeting with Conservative Party organizers to map out a “growing collaboration” to defeat the Trudeau Liberals at the ballot box.

You had my attention until the last sentence. Now I have no doubt this story is nothing more than a political statement. The Liberals are as focused on fossil development as is the Conservative party. Only the Green and NDP are opposed to run-away fossil development.

Well, first of all, thanks for reading to the end of the story!

Just a couple of weeks out from the election, yes, we’re covering a lot of news that is political. We’re proudly partisan for anything that advances a rapid decarbonization agenda, but not allied with any of the parties, and neither was this story.

In April, the Globe and Mail revealed that one of the major parties was coordinating strategy — which I guess is polite-talk for colluding — with the fossil lobby. It was news, and we reported it. Now a respected ENGO has commissioned a reputable consultant to document the carbon impact of the fossils’ publicly-acknowledged election wish list. The two stories are related, and I would think we’d be letting our readers down if we didn’t connect them, or at least supply a convenient link!