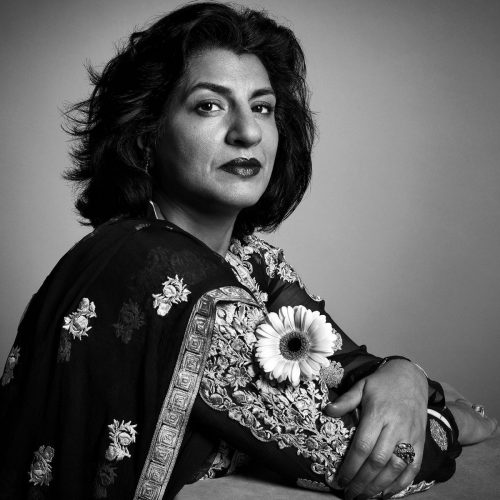 Six years ago, a group of about 30 “lionesses” of international climate diplomacy gathered at a country estate in the borders region of Scotland to lay the groundwork for the 2015 Paris Agreement.

The group, determined to prevent the Paris deal from collapsing the way high-stakes negotiations had done in Copenhagen in 2009, solidified the concept of net zero targets that “is now being translated into national laws, urban strategies, and business plans among would-be climate leaders,” Climate Home reports.

The group’s characterization came from Farhana Yamin, a veteran climate negotiator and Greenpeace UK board member who was one of the group of lawyers, diplomats, financiers, and activists, including then-UN climate secretary Christiana Figueres, who convened at the home of green finance pioneer Tessa Tennant, who died in 2018.

“There had been discussions about what should be the long-term goal of the UN regime for a long time, going right back to the early days. We had umpteen takes,” Yamin recalled. “When I reflected on why Copenhagen failed, I came to the conclusion…we needed a more concrete, practical measure.”

Fast forward six years, and the drive for net zero “is not without problems,” Climate Home notes. “No major emerging economy is ready to embrace the absolutism of a greenhouse gas phaseout. The ‘net’ in ‘net zero’ masks a range of loopholes. But it brings a clarity to the issue that was previously lacking.” Even with the “political coalition behind Paris fragments,” adds Deputy Editor Megan Darby, UN Secretary General António Guterres adopted carbon neutrality by 2050 as the target for the climate summit he convened in New York last month. “Activists are calling for zero with fresh urgency, and analysts mapping out how to make it happen.”

In the first half of this decade, with various stakeholders coming out in favour of different methods of defining carbon reductions and carbon limits, Darby says it was Yamin who pushed for the “simplicity and universality of zero emissions,” using the historic Montreal Protocol on ozone-depleting chemicals as a model. “Once people get their heads round this scary idea, they enjoy having this constraint and something to work towards,” Yamin said. And as the idea gained traction, she said the informal network that began at Tennant’s home drove the goal forward.

“There are many mothers of this goal,” she told Climate Home.

Rachel Kyte, then a World Bank climate envoy, recalled her initial skepticism for the idea. “There were a lot of mainstream thinkers who were really horrified and put off by the whole idea,” she said. “I was in the middle of the international financial complex at the time. I was throwing up the dust you would expect to get: how are you going to stitch together the money and support for developing countries, and all the rest of it.”

The lionesses debated whether long-term targets were a distraction from short-term action, and whether a net-zero goal “gave too much wiggle room to delay emissions cuts and rely on sucking carbon dioxide out of the air,” Climate Home writes. After a series of “really profound conversations” brought Kyte around, she was instrumental in securing World Bank support for a net zero emissions goal in the Paris Agreement. Meanwhile, then-World Resources Institute Global Climate Director Jennifer Morgan brought the campaign to Berlin, and the administration of Chancellor Angela Merkel.

“Having that kind of long-term goal was very important to give the certainty, particularly to the private sector, so they could plan and have a managed transition,” Morgan recalled. In June 2015, Merkel secured G7 agreement on the need for “decarbonization of the global economy over the course of this century”, after what Morgan described as a “huge fight” with Canada and Japan.

At one point, the lionesses split on whether a 2.0°C target for average global warming—as opposed to 1.5°C, with net zero by 2050—would be a strong enough goal to declare the Paris Agreement a victory. “There was a lot of reluctance to put numbers on the Paris Agreement goals,” recalled Laurence Tubiana, who was serving at the time as France’s climate ambassador. But “without any benchmark, it was a recipe for failure,” she told Climate Home. “We knew the benchmark had to be more precise than ‘well below two degrees’.”

A week out, the draft agreement still included “seven or eight options for translating the temperature target into something countries could be held accountable for,” Darby writes. The “wordier formulation” in the final text set out an agreement “to achieve a balance between anthropogenic emissions by sources and removals by sinks of greenhouse gases in the second half of this century”, with a reference to equity that allowed poorer countries more time to decarbonize than richer ones.Five years later, “those few lines have become the dominant guideline for national governments aspiring to be climate champions,” Darby writes. Her detailed account (read the whole post!) lays out the different twists, turns, and interpretations that have played out as the Paris Agreement moves toward implementation.