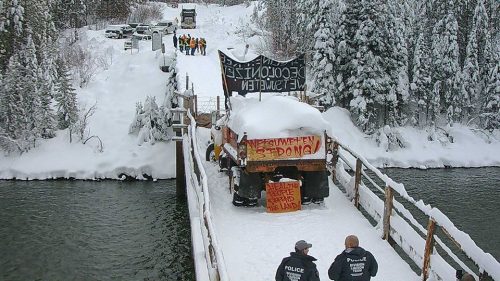 The hotly-contested Coastal GasLink pipeline in British Columbia may be in line for investment dollars from a multi-billion-dollar sovereign wealth fund in Abu Dhabi, United Arab Emirates.

Now, Coastal GasLink “has drawn interest from potential investors including Mubadala Investment Co.,” Bloomberg reports this week, citing “ people familiar with the matter”. On its website, Mubadala styles itself as a global investment company with projects in 50 countries and across multiple sectors, adding that “we measure progress differently”.

“TC Energy does not comment on market rumours,” the company responded in a statement. “As has been previously reported in our quarterly financial disclosures, we continue to advance funding plans for our Coastal GasLink Project, including the potential sale of an ownership interest and project financing.”Bloomberg notes that TC Energy is working with a financial advisor to sell off up to 75% of the project, adding that “other suitors are circling the asset”.