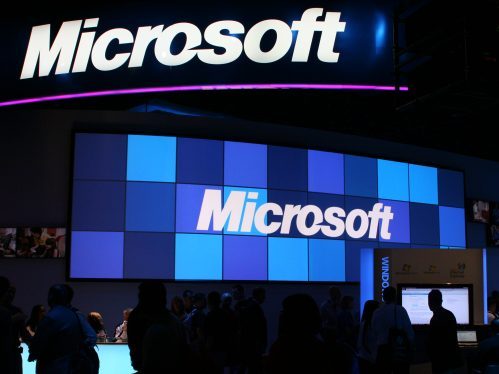 Big tech companies like Google, Amazon, and Microsoft may be taking promising steps to cut their own greenhouse gas emissions. But they’re a lot farther from severing ties with the fossil companies that take advantage of their products and services, The Associated Press reports.

“Microsoft and other tech giants have been competing with one another to strike lucrative partnerships with ExxonMobil, Chevron, Shell, BP ,and other energy firms, in many cases supplying them not just with remote data storage but also artificial intelligence tools for pinpointing better drilling spots or speeding up refinery production,” AP says. The oil and gas industry spends about US$20 billion per year on cloud services, representing about 10% of the global cloud market. And while “it’s not yet clear whether the extraction industry is getting its money’s worth, experts remain bullish about the application of advanced technology to oil and gas exploration.”

That’s a big enough concern for some tech employees that it came up at a September 12 all-staff meeting at Microsoft, where “an employee asked CEO Satya Nadella if it was ethical for the company to be selling its cloud computing services to fossil fuel companies,” AP writes, citing two other employees who were in the room. “Such partnerships, the worker told Nadella, were accelerating the oil companies’ greenhouse gas emissions.” Nadella apparently replied by highlighting Microsoft’s own internal sustainability programs and pointing to fossil companies’ investments in more sustainable energy production methods.

“There’s no fossil fuel CEO who sits there and says, ‘You know, I’m just gonna deny climate change,'” Nadella said, according to an unnamed staffer’s transcript of his remarks. “If anything, they’re all saying, ‘Let us have, in fact, the regulation, the pricing mechanisms that get us to this future.'”

Then, days before the September 20 and 27 #ClimateStrike marches, Microsoft announced a big, new cloud computing deal with colossal fossil Chevron and oilfield services giant Schlumberger. The timing “angered some environmentally-minded Microsoft workers and caught the attention of outsiders,” AP says.

“It is unconscionable that amid global climate protests, tech giants like Microsoft are announcing major partnerships with Big Oil,” tweeted Democratic presidential candidate Bernie Sanders, (I-VT). “We must hold them accountable, demand they break ties with the fossil fuel industry, and move rapidly to sustainable energy.”

A small group of Microsoft employees echoed that call with a protest outside company headquarters. The staffers said they’d been “made complicit” by the company’s role in driving climate change, adding that “Microsoft makes millions of dollars in profits by helping fossil fuel companies extract more oil.”

Vivek Chidambaram, a managing director of Accenture’s energy consultancy, noted that artificial intelligence can also be put to productive uses, like helping companies spot climate-busting methane leaks from wells and pipelines. “Data can be used in many ways,” he told AP. “It’s about how it’s being used.”