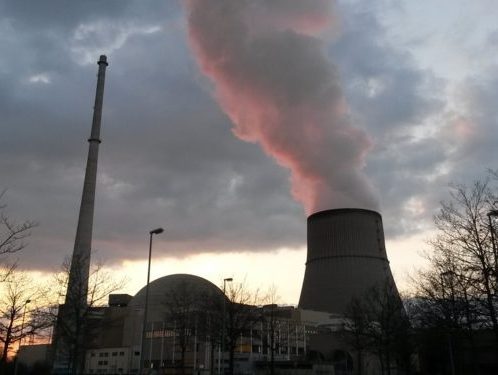 Ontario’s electricity supply is about to get dirtier and more carbon-intensive, as the province begins burning more natural gas to replace electricity from nuclear power plants going offline for expensive overhauls.

TV Ontario casts the situation as a mismatch between the thousands of megawatts of coal-fired generating capacity the province shut down through 2013 and the tens of megawatts it now generates from renewable sources. Critics see the impending increase in emissions, from three megatonnes in 2018 to about 11 in 2035, as a policy failure and a missed opportunity.

“In cleaning up its electricity system, the province relied primarily on nuclear power—but the need to extend the nuclear system’s lifespan will end up making our electricity dirtier again,” TVO reports. “As the province loses its nuclear capacity in increments, the IESO [the province’s Independent Electricity System Operator] will need to find capacity elsewhere to make sure the lights stay on. And that could mean burning a lot more natural gas—and creating more greenhouse gas emissions.”

IESO’s estimates for the province’s greenhouse gas emissions range from nine megatonnnes in a scenario where energy conservation and efficiency bring down demand, to 11 Mt in its reference scenario or 13 Mt if demand rises faster than expected. Even that high estimate would still be less than half of the province’s electricity-related emissions in 2005, before the coal phaseout began. “But it’s still a reversal of a trend that both Liberals and Progressive Conservatives have boasted about—the Liberals to justify their energy policies, the PCs to justify their hostility to a federal carbon tax” TVO notes.

“We’ve made some pretty great strides since 2005 with the fuel mix,” said Terry Young, IESO’s vice-president of corporate communications. “There have been big changes since 2005, but, yes, we will see an increase because of the closure of Pickering and the refurbs coming.”

TVO explains that “‘the refurbs’ is industry-speak for the major rebuilds of both the Darlington and Bruce nuclear power stations. The two are both in the early stages of major overhauls intended to extend their operating lives into the 2060s: in the coming years, they’ll be taken offline and rebuilt,” with the Pickering plant starting the same process in 2024.

Ontario Power Generation bought four natural gas plants to cover the shortfall while the nuclear plants are offline, TVO notes. “It will allow us to maintain our scale, with the upcoming end of Pickering’s commercial operations, so that we can continue our role as the driver of Ontario’s lower-carbon future,” said Neal Kelly, OPG’s director of media, issues, and management. “Further, there is a growing need for flexible gas-fired generation to support intermittent wind and solar generation.”But provincial Green Party leader Mike Schreiner said Ontario missed the opportunity to import clean hydropower from existing stations in Quebec. “To me, it’s a cost-effective solution, and it’s a zero-emissions solution,” he told TVO. “Regardless of your position on sources of electricity, I think everyone could agree that waterpower from Quebec is going to be less expensive.”