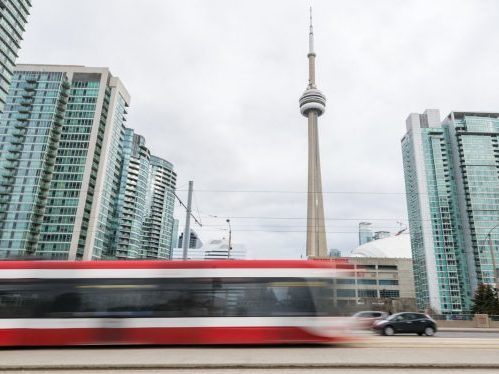 The City of Toronto unanimously adopted a climate emergency resolution Wednesday morning and reaffirmed its plan to bring its greenhouse gas emissions to net zero before 2050.

By “naming, framing, and deepening” its commitment to protecting its economy, ecosystem, and residents from climate change, the city “joins 800 other governments including London, Barcelona, Los Angeles, and Montreal in acknowledging the scale of the global climate crisis,” CTV News reports.

“This emergency declaration serves to join cities across the world in tackling climate change, framing the impact of climate change on our residents and businesses, and enhancing Toronto’s commitment to a net zero carbon future,” Mayor John Tory said September 20, when the resolution was first announced.

But speaking of billions of dollars, Toronto-based Environmental Defence notes the city is still about to begin work on a C$3.6-billion project to rebuild the notorious Gardiner Expressway, a move that will keep the road in operation for most of this century. “It’s definitely a contradiction,” Program Manager, Clean Economy Sarah Buchanan told CBC. “This major infrastructure project will lock us into more carbon pollution from cars,” when “there were cheaper, greener options that were available.”

The emergency resolution strengthens Toronto’s promise to hit net zero before 2050 and commits the city to finding “high priority” emission reduction opportunities in areas like buildings and transportation, exploring funding carbon reductions and climate adaptation in its 2021 budget, and speeding up implementation of its TransformTO climate action plan.

Which made the resolution a step up from February 2018, when councillors allocated just C$2.5 million to implement that plan, more than the $330,000 it committed the previous year but far less than the $6.7 million city staff had recommended.

Before the vote, Tory unveiled a voluntary Green Ways Initiative, aimed at encouraging developers, hospitals, and universities to cut their energy consumption and carbon footprints. “The mayor said landlords who have so far joined his initiative include the University of Toronto and developer Cadillac Fairview, and control a total of 300 million square feet of space. They will commit to not-yet-set targets for energy use reductions that will vary depending on the type of property, and be updated every five years starting with 2025,” the Toronto Star reports.

Other program participants include Oxford Properties, Ryerson University, Toronto District School Board, Toronto Catholic District School Board, Toronto Community Housing, and the University Health Network, the Star says.Ahead of Wednesday’s vote, the Toronto Environmental Alliance urged councillors to formally adopt the emergency resolution and “rapidly implement clear and specific actions to reduce emissions in the near term and protect residents—especially those most at risk—from climate-related harms, while making critical investments to maximize the health, environmental, social, and economic benefits of a transition to a zero-carbon city.”

More Than 10,000 Attend Environment Debates in 95 Ridings Across Canada